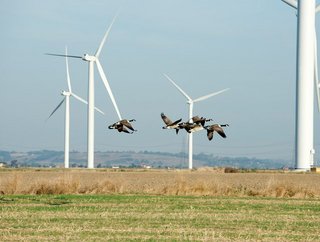 In the first quarter of this year Scotland recorded a year-on-year 44% increase in its wind power output, according to a WeatherEnergy analys...

In the first quarter of this year Scotland recorded a year-on-year 44% increase in its wind power output, according to a WeatherEnergy analysis of WWF Scotland data.

Scotland produced 5,353,997MWh of electricity in the first three months of the year, enough to power 5mn homes with low-carbon energy.

The increase in output has positioned Scotland at the “forefront” of environmental progression, WWF’s CEO remarked.

On the day that produced the least amount of energy during the review period, 11 January, enough energy was generated to power more than 575,000 homes.

“Renewables have provided an incredible amount of power during the first three month of this year,” commented Sam Gardner, Acting Director of WWF Scotland.

“An increase of 44% on the record-breaking equivalent period of 2017 is clear evidence the investment made in the technology has paid off for the economy and environment, putting Scotland at the forefront of the fight against climate change.”

In 2017, the nation produced 68% of its annual energy demand through renewable sources.