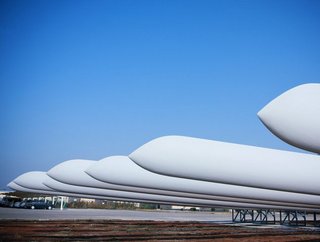 The Danish energy company and developer of the Hornsea Project, Ørsted, has appointed the Spanish Siemens Gamesa to be the supplier and serv...

The Danish energy company and developer of the Hornsea Project, Ørsted, has appointed the Spanish Siemens Gamesa to be the supplier and server of the offshore wind construction.

Siemens Gamesa will be responsible for the installation of it’s SG 8.0-167 DD turbine with power boost functionality and the second Hornsea Project.

The offshore wind farm is to be located 89km off the coast of Yorkshire, England, and will have a total capacity of 1,386MW from the firm’s turbines.

When operational in 2022, the farm will be the largest offshore wind facility in the world, and is also Siemens Gamesa’s biggest offshore project to date.

The firm’s second biggest offshore task was the Hornsea Project One, which has a capacity of 1,218MW.

“We are very pleased that Ørsted has placed its trust in Siemens Gamesa once again. Hornsea Project Two will be a benchmark in Europe, not only on account of its size but also its technology,” stated Andreas Nauen, CEOO of Offshore at Siemens Gamesa.

“Siemens Gamesa will install the newest model from its offshore platform at this facility. The SG 8.0-167 boosts annual output by 20% and offers higher returns,” he added.

The turbine’s nacelles will be manufactured in the firm’s Cuxhaven, Germany, facility, with the majority of blades to be produces in the Hull, UK, factory.

Siemens Gamesa will also assemble all of the turbines at their Hull facility before they are transported to Dogger Bank, the location of the farm.

The length of the blades are capable of generating 20% more annual output, due to an 18% winder sweep area, the SWT-7.0-154 blade.