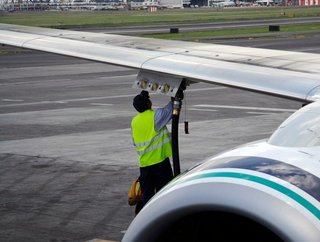 The University of Delaware’s Catalysis Centre for Energy Innovation (CCEI) – an Energy Frontier Research Centre supported by the US Depar...

The University of Delaware’s Catalysis Centre for Energy Innovation (CCEI) – an Energy Frontier Research Centre supported by the US Department of Energy – is developing an alternative jet fuel.

The researchers are looking into creating a renewable fuel made from corncobs and wood chips, as opposed to petroleum.

In 2016, global air travel contributed 815mn tonnes of CO2 emissions, which is 2% of the world’s manmade total.

The International Air Transport (IATA) has estimated that by 2035 the amount of people that travel by air will have nearly doubled since 2016, increasing from 3.8bn to 7.2bn.

The university’s Harker Interdisciplinary Science and Engineering Laboratory, associated with the CCEI, are transforming plant materials into green products, such as new fuels and chemicals.

One of the greatest obstacles these experiments face is increasing the speed and efficiency of the chemical prosses coupling and deoxygenation, both of which are important for improving the flow of fuel at freezing sky temperatures.

“International planes may fly at an altitude of 35,000 feet, where the outside temperature could be as low as -14° Centigrade,” commented CCEI Associate Director Basudeb Saha.

“That's the temperature at which a plane has to run, and the fuel can't be frozen.”