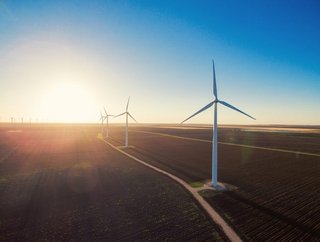 By the end of next year, it is anticipated that the total wind capacity in the state of Texas will beat coal. Accord...

By the end of next year, it is anticipated that the total wind capacity in the state of Texas will beat coal.

According to the University of Texas, the state’s power grid capacity will reach 10,000MW more in capacity than coal.

Coal is in steep decline in the US following the rise and competition of shale gas, despite President Donald Trump’s 2016 campaign regarding saving coal jobs.

As coal declines wind power increases, with the costs getting lower and lower and the ability to operate turbines and farms becoming more efficient.

Following the establishment of CREZ wind transformation line – which has enabled highly-populated areas in the state to receive clean power – Texas’ wind power is also expected to overrun coal in terms of generation.

“Wind could overtake coal in terms of annual energy generation by 2020 or sooner if more coal plants close,” the University of Texas reported.

“The Electric Reliability Council of Texas’ interconnection queue — the amount of electricity generation expected to come on line during the next few years — projects 29,500 MW of wind, 23,800 MW of solar and 14,400 MW of natural gas,” they added.