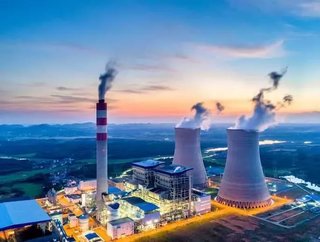 We explore China’s ambitious plans to take over the global nuclear energy industry over the next decade...

Whilst COVID-19 has had an evident impact on China, and in this case its energy industry ambitions, the effects are much lower than that of the Fukushima nuclear disaster which happened in Japan back in 2011. Over the years, this has sparked numerous struggled in China’s energy industry as a whole.

This is all set to change, though. A three-year freeze on all new nuclear plant approvals was lifted in 2019, enabling China to get back on track with its nuclear energy goals. It may miss its target number of 58 gigawatts of the energy source by the end of 2020, but the capacity is still set to grow considerably in comparison to recent years.

China government researchers have reported numbers that estimate the nations nuclear capacity to soar to 130 gigawatts by 2030. Despite this, the nation’s capacity of coal and fossil fuel is still set to have a large footprint on its energy production.

Adding on to this point, the 130 gigawatts of nuclear energy only makes up a tenth of the country’s power generation, but even a small amount of energy produced in the nation can make a considerable global impact thanks to the sheer size of its energy industry.

With this 10%, the country is set to rise swiftly in the global nuclear energy production ranks and GlobalData Plc has predicted that it could be set pass France as the world’s second-biggest nuclear power generator as soon as 2022. In 2026, the nation is set to pass the United States which is currently sitting in first place. These are some serious estimations, as the U.S. is currently responsible for an entire third of nuclear energy supply and production across the globe.

The future of renewables procurement

According to Bloomberg Green, China has almost 49 gigawatts of nuclear power as of 2019 and is on the road to the mid-fifties by the end of this year.

China is set to work on between six and eight reactors a year, following a suggestion by delegates in a recent parliamentary meeting in Beijing. The construction of the nuclear reactors will also coincide well with the nation’s post-COVID economic recovery progress. A typical 1-gigawatt reactor could create 50,000 jobs, according to one company official.

In addition to this, the United States’ nuclear energy industry continues to dry up. In fact, it’s been in major trouble for quite some time now. A report by Oilprice back in 2019 went into further detail, stating that “As cheap natural gas prices out nuclear, more and more plants are going offline, and many of those that are hanging on are doing so in large part thanks to sizeable government subsidies. And then there is the crushing cost of nuclear waste management that is already weighing on taxpayers and will only get worse.”

For more information on the future of both China and the United States’ future in nuclear, click here.

For more news and insights relating to the ever-changing energy industry, please take a look at the latest edition of Energy Digital Magazine.