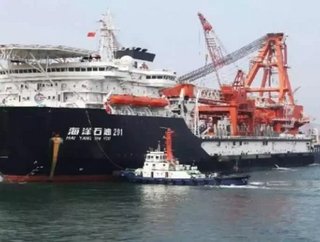 In light of the Obama Administration&#39;s delayed decisions to move forward with the Keystone XL pipeline, China&#39;s state-owned Cnooc offers $15...

In light of the Obama Administration's delayed decisions to move forward with the Keystone XL pipeline, China's state-owned Cnooc offers $15.1 billion to Canadian energy giant Nexen, replacing the US as Canada's biggest energy investor and market.

The deal would include assets from heavy oil and shale gas in Alberta to offshore leases in the Gulf of Mexico. Over the years, as Canada's extraction technology has improved, its proven oil reserves have reached at least 180 billion barrels, putting it just behind Saudi Arabia and Venezuela. In 2010 and 2011, oil sands alone accounted for one-third of Canada's economic growth, according to the country's national statistical agency.

After President Obama rejected the $7 billion Keystone XL Pipeline, which would have moved oil from Canada and North Dakota to refineries on the Gulf Coast, PM Stephen Harper has said that Canada needs to diversify its energy markets. Though Chinese bids for North American companies haven't always been welcomed, Cnooc's bid could bring the much needed capital to Canada to exploit the oilsands.

Since the announcement of the deal between China's state-owned Cnooc and Nexen, U.S. Senator John Hoeven said the US will need to do more to aggressively develop its own resources. Hoeven and other Republican senators are set to unveil new energy legislation on Thursday in an effort to approve the Keystone XL pipeline, and make more federal land and offshore areas available for drilling.

"The United States better work with Canada on Keystone and related efforts to develop the oilsands so that oil comes here,” Hoeven told Reuters. “If that doesn't happen, it's going to China.”