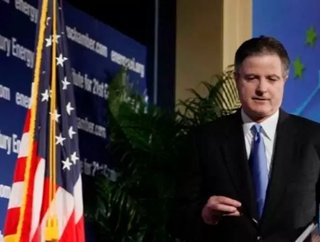 In the wake of recent discoveries of new oil and natural gas resources, Chevron CEO John S. Watson has been speaking out on the importance of less regulation and more access to domestic resources.

Watson, who has served as Chevron’s CEO and Chairman of the Board since January 1, 2010, met with the Greater Houston Partnership last month to discuss a potential U.S. “energy renaissance” that could reduce dependence on foreign oil while creating thousands of jobs in the private sector.

Watson’s background is in agricultural economics and business administration and he joined Chevron in 1980 as a financial analyst. In 2000, Watson led the company’s integration following the Chevron-Texaco merger.

Watson advocates for rational and fair tax policies as well as the opening of more of the U.S. coastline to drilling in order to provide jobs and increased energy security.

Earlier this year, Watson spoke on behalf of the oil and gas industry to the U.S. Senate during hearing of the Committee on Finance on “Oil and Gas Tax Incentives and Rising Energy Prices.”

Watson’s point was simple: he feels the industry pays its fair share in taxes and that large and small energy producers should be treated equitably.

“I am an advocate for developing all forms of energy and using energy more wisely. But it is wrong to increase taxes on oil and gas companies to subsidize other forms of energy,” Watson said in his speech. “This is also likely to have serious unintended consequences for production, jobs and tax revenues. Singling out five companies because of their size is even more troubling. Such measures are anticompetitive and discriminatory. After all, our five companies are providing the technical, operating and managerial expertise that is allowing the global energy industry to operate at the forefront of energy development.”

“I’m proud to lead a 132-year-old American company,” Watson said. “I’m proud of the vital role we play in our economy. And I’m proud that our profits allow us to make significant investments in our communities and in the long-term health of our country.”