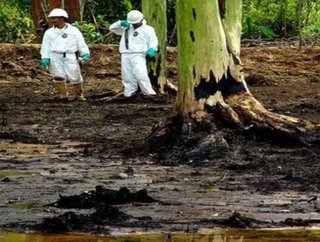 By Amazon Defense Coalition The Andean Commission of Jurists and five prestigious international law experts from around the world have joined a growi...

The Andean Commission of Jurists and five prestigious international law experts from around the world have joined a growing chorus of criticism targeting Chevron's attempt to use a secret investor arbitration as part of its campaign to evade an $18 billion environmental judgment in Ecuador, according to letters released today.

In a letter to United Nations Secretary General Ban Ki-moon, the Andean Commission said it was "alarmed" at Chevron's attempt to use a private investor arbitration convened under the U.S.-Ecuador Bilateral Investment Treaty ("BIT") to influence the outcome of a private litigation between indigenous groups and Chevron in Ecuador's courts. The panel meets in secret and bars the Ecuadorians from appearing before it.

After an eight-year trial, a three-judge appellate panel in Ecuador on January 3 affirmed an $18 billion judgment against the oil giant for causing what experts believe is one of the worst oil-related disasters on the planet. The decision was based on a 220,000-page evidentiary record, more than 100 expert reports from both parties, and 18 years of litigation in the courts of the U.S. and Ecuador.

The True Story of Chevron's Ecuador Disaster from Amazon Watch on Vimeo.

The letter from the Andean Commission, part of growing chorus of international criticism of Chevron, accused the oil giant of continuing to use "questionable litigation tactics to deny those injured any forum to seek justice and compensation for their injuries."

"The latest such tactic is the issue by Chevron of ... an arbitration ... to force Ecuador's government to violate international law and quash the human rights of its own citizens by essentially nullifying the result of their case after almost two decades of litigation," said the letter.

The Andean Commission, which has consulting status with the United Nations, is one of the leading human rights organizations in South America.  Its board members include Diego Garcia-Sayan, the former Chief Justice of the Inter-American Human Rights Court; renowned investor-state arbitrator Pedro Nikken; and other distinguished jurists from Colombia, Chile, Bolivia, Ecuador, Peru and Venezuela.

Separately, five international law experts wrote a letter to a United Nations official who oversees international arbitrations to question Chevron's attempts to bypass the public court system of a sovereign nation where it wanted the trial held just because it lost based on the evidence.

"Allowing (arbitration) panels to determine recognition and enforcement issues in private litigation transforms them into venues of final appeal in a way that was never intended and offends the inherent trustworthiness of legal systems around the world to determine matters for themselves," the jurists wrote to Renaud Sorieul, the Secretary of the United Nations Commission on International Trade Law.

"(Treaty) panel awards ordering States to interfere in private judicial proceedings between different parties is a direct violation of well settled principles of sovereignty and, in this particular case, human rights under international law," the letter added.  The letter was sent Feb 9, when the U.N. arbitration body headed by Sorieul was in session in New York to discuss the need for greater transparency in investor-State arbitration.

Just last week, distinguished international law jurist Jose Daniel Amado issued a separate letter to U.N. Secretary General Ki-moon asking for a review of Chevron's "egregious misuse" of the BIT.  Amado, a specialist in international arbitration, told the Secretary General that Chevron's attempt to use the arbitration "stands in direct violation of international law" and threatens to "quash" the fundamental human rights of the 30,000 citizens who initially brought suit against Chevron in the United States in 1993.  See here.

Chevron shifted the environmental lawsuit from U.S. federal court to Ecuador in 2002 after praising the country's judicial system and promising to abide by any judgment there, subject only to narrow enforcement defenses that did not include international arbitration.

Separately, the indigenous rainforest communities filed suit last week in Washington, D.C. before a renowned international tribunal seeking an order that would prevent the oil giant from using the secret arbitration to violate their human rights.

The Ecuadorians are seeking an order from the Inter-American Commission of Human Rights requiring Ecuador's government to protect their right to life, physical integrity, health, a fair trial, and equal treatment under the law as guaranteed by the American Declaration of the Rights of Man and other international human rights treaties.  Any order from the Commission, which was established by the treaty that created the Organization of American States, is binding on the government against which it is issued.

The Ecuador court found that Chevron deliberately dumped billions of gallons of toxic waste into Amazon waterways that local inhabitants relied on for drinking water. The Ecuador trial court found evidence that Chevron's contamination decimated indigenous groups and caused an outbreak of cancer, spontaneous miscarriages, and other oil-related diseases. See here and here.

On January 4, the day after the Ecuador appellate court decision, Chevron petitioned the private arbitration panel to order Ecuador's President to interfere in its independent judiciary and block the ability of the indigenous rainforest communities to enforce their judgment in countries around the world. Chevron had stripped its assets from Ecuador to avoid paying the judgment.

Lawyers for the Ecuadorians say the arbitration panel does not have the authority to do what Chevron is seeking, and that in any event Ecuador's government is obligated to ignore its orders given its own binding legal obligations under the Ecuador Constitution and various international treaties protecting the human rights of its citizens. See letter from Ecuadorian lawyer Pablo Fajardo.

The private arbitration system under the BIT has come under withering criticism for its conflicts of interest and lack of due process.  Some commentators have likened the secret arbitration panel to a "kangaroo court" imbued with a pro-business culture.  See this article.

The three arbitrators hearing the Chevron claims – all private lawyers who represent clients before other arbitration panels in the same treaty system – stand to personally reap millions of dollars in fees if they grant jurisdiction over the case, which in itself is a hotly contested issue given that Chevron left Ecuador five years before the U.S.-Ecuador BIT took effect.

In any event, it is clear that any "award" from the panel will be treated with skepticism in countries that observe the rule of law and will not be an obstacle to enforcement of the Ecuador judgment, said Amado.  "It is our duty as international arbitration experts to prevent it from causing collateral damage to the international legal order that protects the human rights of all peoples worldwide," he emphasized.