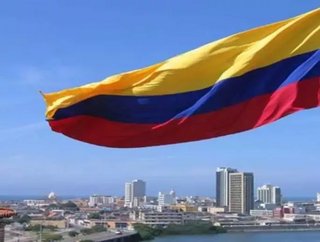 Colombia is increasingly gaining importance in the global oil industry, as the countrys friendly fiscal regime for oil and gas investors complements...

The new report claims that Colombia is swiftly recovering from its bad reputation, as the government works to make the oil and gas industry safe and financially attractive. Colombia witnessed financial deals worth more than $7.7 billion during 2007-2012, but this figure is only set to grow as proved reserves swell and fossil fuels become more expensive.

Colombia has emerged as one of the most attractive upstream investment destinations, ranking third based on the number of oil and gas discoveries worldwide during 2007-2012, topped only by Brazil and Australia. Colombia witnessed around 136 oil and gas discoveries during these five years, with the Llanos basin, the Valle Medio Del Magdalena basin and the Valle Superior Del Magdalena basin representing the most important basins. Caguan-Putumayo basin is also considered to be the most important emerging basin, with estimated proved reserves of over 365 million barrels of oil equivalent (Mmboe).

The early 2000s saw Colombia’s oil and gas reserves fall significantly, as exploration activities were abandoned due to guerilla attacks. This led foreign direct investment in Colombia’s petroleum sector to drop to a meager $278m in 2003 from $521m in 2001, with the country’s self-sufficiency status in terms of oil production and export becoming seriously threatened.

The government of Colombia therefore initiated a restructuring of the country’s hydrocarbon sector, mainly focusing on sector organization, public governance, and fiscal and regulatory regimes. These measures led to a recovery in investments, discoveries and production.

As of the end of 2011, Colombia had two billion barrels (billion bbls) of proved oil reserves and 163 billion cubic meters (bcm) of proved natural gas reserves. These huge reserves, and an improving political outlook, make the country a very attractive investment destination for oil and gas giants the world over.