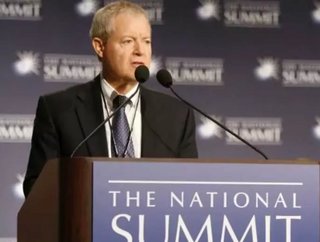 TO ENHANCE YOUR READING EXPERIENCE, CLICK HERE TO VIEW THIS ARTICLE IN OUR INTERACTIVE READER! When Conoco Inc. and Phillips Petroleum Company merged...

When Conoco Inc. and Phillips Petroleum Company merged in 2002 to form ConocoPhillips, then incoming CEO James Mulva probably never would have guessed that the company would be splitting into two again just a decade later.  This summer, ConocoPhillips reached the decision to split off its refining division from its exploration and production division, effectively forming two companies.  James Mulva has expressed that upon completion of the split in early 2012, he will be retiring from ConocoPhillips.

"Consistent with our strategy to create industry-leading shareholder value, we have concluded that two independent companies focused on their respective industries will be better positioned to pursue their individually focused business strategies," says Mulva. "Both companies will continue to benefit from the size and scale of their significant high-quality asset bases and free cash flow generation, allowing them to invest and create shareholder value in a changing environment."

Mulva earned his Bachelor’s and Master’s degrees in business administration from University of Texas at Austin.  Following graduation, Mulva served as a U.S. Navy officer prior to beginning work for Phillips in 1973.  He worked his way up in the company, serving as chief financial officer, then vice president, until becoming president and chief operating officer in 1994.  Mulva was awarded an honorary Doctorate of Engineering from the Colorado School of Mines in 2010.

Mulva spearheaded mergers and acquisitions with ConocoPhillips as oil companies in the late 1990s and early 2000s operated under the motto, “bigger is better.”  However, while the merger of Conoco and Phillips established ConocoPhillips as one of the six oil supermajors, the company has lagged behind competitors like ExxonMobil.  Since the economic collapse in 2008, ConocoPhillips has undertaken no new acquisitions, and the company’s decision to split in two may seem like a step backwards to many.

However, the split may actually be the smartest move ConocoPhillips can make.  Unlike its competitors who maintain a diversified portfolio of offerings, the split into two pure plays—one focused on refining and marketing, the other on exploration and production—will rank the new companies as number one in their market segments.  In fact, following the announcement of the split, ConocoPhillips stock rose 7.5 percent almost immediately.

James Mulva has his work cut out for him.  He plans to see the split through to its finalization in early 2012, then retire, ending a nearly four-decade career in the oil business.  ConocoPhillips’ only problem now is where to find two new world-class CEOs to head the newly separated companies.