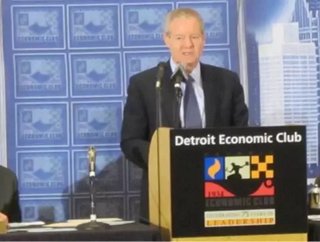 ConocoPhillips has launched a nationwide campaign in the U.S. in an effort to convince policymakers and consumers that natural gas production can provi...

ConocoPhillips has launched a nationwide campaign in the U.S. in an effort to convince policymakers and consumers that natural gas production can provide low-cost energy and high-paying jobs.  The company’s new website, powerincooperation.com, discusses the benefits of natural gas and the company plans to begin digital and television advertising next month.

At the Detroit Economic Club, ConocoPhillips CEO James Mulva announced the “Power in Cooperation” campaign as a fix for the United States’ failing economy.  With natural gas prices remaining relatively low, the profitability of the hydrocarbon energy source is in question.  ConocoPhillips, like other producers, is hoping that advertising will help boost interest in natural gas. "The price of natural gas does not support continued drilling exclusively for natural gas, although we retain the acreage and the opportunity to drill and add to future supply in the coming years," Mulva said in an interview.

"We're very supportive of natural gas. We just have an oversupply," he added.  "We're bullish over the long term."

Mulva predicts that as the U.S. economy works to correct itself, and energy companies turn more and more to natural gas to run generators, the price may reach a viable level for ramped up production. "As a result of that, we will see a somewhat better price than we see today," Mulva stated. "And as it starts to move toward $5 … we have an opportunity as a company and as an industry to add substantially to the supply, which will result in a very moderate cost for natural gas."

The ConocoPhillips natural gas campaign will work to overturn some of the public fears in regard to the hydraulic fracturing drilling technique.  Many claim the water-intensive process can pollute groundwater supplies with the various toxic chemicals used to crack shale rock formations deep underground.  However, the first comprehensive study of shale gas wells released by Duke University earlier this summer has shown that the only detectable abnormality in groundwater near shale drilling sites is a high methane level.  This is good news to the natural gas industry for two reasons: 1) water in areas rich in natural gas is expected to have higher methane levels; 2) the methane can be extracted from groundwater with moderate investment.