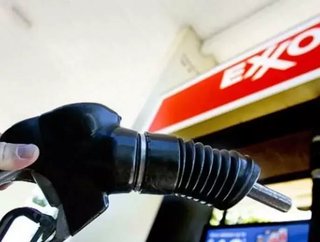 With the Gulf of Mexico slowly opening up once more to offshore exploration and production activity, companies like ExxonMobil have been quick to jump...

With the Gulf of Mexico slowly opening up once more to offshore exploration and production activity, companies like ExxonMobil have been quick to jump back in the drilling game.  However, the U.S. Interior Department is being stricter than ever with permits, and according to them, ExxonMobil’s permit for its huge Julia oil field discovery—one of the largest fields found in the Gulf of Mexico in recent history—has expired.

The Julia field is believed to hold more than 700 million barrels of oil and gas equivalent.  ExxonMobil announced the discovery, which lies roughly 250 miles southwest of New Orleans, in June.  Exploiting the fields could yield billions of dollars for both ExxonMobil and in royalties paid to the U.S. government.  In fact, a 1 billion barrel field could generate around $10.95 billion in government royalties.

So why is the Interior Department reluctant to renew ExxonMobil’s permits, especially at a time when that kind of increased production could significantly reduce the United State’s oil shock?  The Interior Department claims ExonMobil’s leases are expired and the company hasn’t met the requirements for an extension. "Our priority remains the safe development of the nation's offshore energy resources, which is why we continue to approve extensions that meet regulatory standards," says a spokeswoman for the Interior Department.

ExxonMobil spokesman Patrick McGinn claims that the government traditionally grants extensions as a matter of course. "You state your case and you got it." The government's refusal "was unexpected."

ExxonMobil and partner to the field Statoil have filed separate lawsuits in a Louisiana federal court to extend the leases.  If the oil companies lose in court, the Julia field could fall into the hands of the federal government, ultimately delaying exploitation of the resources.  ExxonMobil lost in an appeals process to the feds in May, citing the company’s lack of a specific plan to produce the oil.

While there’s no sense in playing favorites between the private and public sector, I would take it as a slap in the face to have invested millions into exploration activity to make one of the biggest oil and gas discoveries in recent history, only to have it ripped away by the regulators.  It will be interesting to see how this case plays out as the U.S. economy continues to implode and a gigantic question mark still looms over oil markets.