ExxonMobil to Drill Oil Off Vietnam... China in Dispute 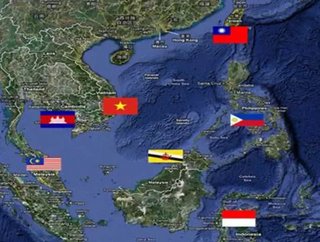 Written By:John Shimkus ExxonMobil has confirmed that it will begin offshore exploratory drilling off the coast of central Vietnam late in April. Howe...

ExxonMobil has confirmed that it will begin offshore exploratory drilling off the coast of central Vietnam late in April. However, China has disputed drilling in the area in the past.

Apparently, China has laid claim to all of the South China Sea, including the Paracel archipelago east of Da Nang, Vietnam. The area where ExxonMobil plans to drill is located at Block 119, off Da Nang city adjacent to the Quang Ngai province.

"It's hard to see how China will react" to the drilling, said Ian Storey, a regional security analyst at the Institute of Southeast Asian Studies, Singapore. "I think it could be an interesting test case of where the dispute is heading."

PetroVietnam has partnered with Russia and several other countries to exploit the plentiful offshore oil fields, and other neighboring nations, such as Malaysia, Brunei, Taiwan and the Philippines all hold claims in the regions. Reports have come from various oil vessels that Chinese patrol boats often harass and intimidate explorers in the area.

U.S. Defense Secretary Robert Gates has publicly objected to any Chinese efforts to “intimidate” U.S. Energy firms in the region.

Considering the current volatility of the international oil market, it will likely become more and more commonplace to see various nations hoarding oil reserves, even in regions of questionable proprietary right. It seems absurd for China to think it can hold claim on the entire South China Sea. The fact is, all the aforementioned neighboring countries have a right to reserves in the region. Even if one were to use the international continental shelf standard—in which a given nation has the right to reserves contained within its continental shelf—China would still only be entitled to a part of the region, not the entire Sea! However, China apparently is making claims that it has a yet unconfirmed extended continental shelf in the South China Sea, despite geographical data suggesting otherwise. It will be interesting to see just how this conflict plays out, especially with the international community’s desperate grab for oil reserves amidst tensions in the Middle East.