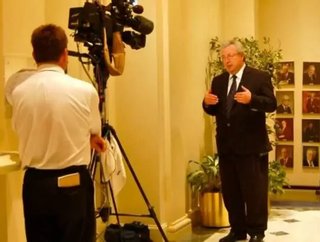 While oil companies raked in record-breaking profits in early 2011, the rest of the world floundered to scrape together enough money to fill up their g...

While oil companies raked in record-breaking profits in early 2011, the rest of the world floundered to scrape together enough money to fill up their gas tanks to drive to work and make ends meet.  Oil companies in the U.S. receive enormous tax breaks every year to the tune of billions of dollars, and outraged citizens feel that if they have to pay such high prices, then Big Oil should not be subsidized.  Yet, the U.S. congress failed to pass legislation this spring that would have put an end to such subsidies.  Now, one former oilman is standing up to tell the plain truth… that nowadays, Big Oil needs no subsidies.

Former President of Shell Oil, John Hofmeister, has been very vocal about the fact that the oil industry’s days of relying on subsidies are over. “The fear of low oil prices drives some companies to say that subsidies should be sustained,” Hofmeister says. “And my point of view is that with high oil prices such subsidies are not necessary.  [However] if prices revert to very low levels, it may take such subsidies to keep drilling.”

Shell vs. EPA in Alaskan Offshore Oil and Gas

According to Hofmeister, oil companies only need subsidies when the price of oil is below $70 a barrel.  Up until a few years ago, subsidies were justified.  But from 2007 to 2008, in the time leading up to the global financial crisis, crude oil price skyrocketed well above $70 a barrel for the first time, then almost immediately dropped after the economy crashed.  Since 2009, the price has crept back up and remained above Hofmeister’s $70 a barrel level.

Interestingly, Hofmeister argued this same point in congressional hearings in 2008 while still heading Shell Oil.  “In the face of sustained high oil prices it was not an issue—for large companies—of needing the subsidies to entice us into looking for and producing more oil,” he recollects.

John Hofmeister served as Shell’s president from 2005 to 2008.  As president, Hofmeister launched an extensive outreach program focused on addressing global energy challenges.  Through the program he led over 250 Shell leaders on a 50-city tour across the U.S. and met with over 15,000 businesses, community and civic leaders, policymakers and academics to discuss bringing affordable energy solutions to the U.S. and the world at large.  He now serves as chief executive of the non-profit association Citizens for Affordable Energy, a U.S. energy security

public policy education firm.  His new book, “Why We Hate the Oil Companies,” explains the oil industry from an energy insider’s point of view.