Is Fracking Cemeteries Immoral? Plot Owners Have No Say 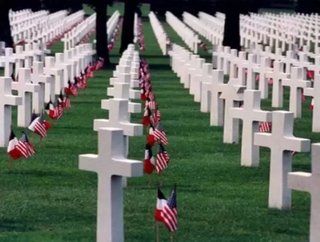 To frack or not to frack in cemeteries, that&#39;s the new question natural gas companies are asking loved ones of the dead. Deep underground, ancient...

To frack or not to frack in cemeteries, that's the new question natural gas companies are asking loved ones of the dead. Deep underground, ancient shale formations hold lucrative quantities of natural gas in places like Ohio, Colorado and Mississippi in veterans' final resting places to parks, playgrounds, churches and residential back yards.

The shale boom, though good for the economy, has not only raised environmental concerns, but is now starting to dabble in questions of morality. Many fear that drilling activity would pollute peaceful places of mourning with noisy, smelly and unsightly industrial activity. But defenders argue the drilling would take place so deep that it wouldn't disturb cemeteries, and would actually generate revenue to enhance the roads and grounds that surround them.

Township trustees have received a proposal this year to lease the mineral rights at the 122 year-old Lowellville Cemetery in eastern Ohio for $140,000 in addition to 16 percent of any royalties for oil and gas. In Texas, a proposal from Campbell Development LLC was declined, despite the company's claims that drilling activity would not stir any graves. In Youngstown, hydraulic fracturing has already caused a series of earthquakes, and the city is fighting for a ban on any fracking activity.

According John Stephenson, president of the Texas Cemeteries Association, people are just misinformed.

"A lot of it just has to do with the way that it's presented," he told the Associated Press. "You're hundreds of feet below the ground, and it's not disturbing any graves."

Stephenson has leased mineral rights for two of his cemeteries in the last few years, each housing 75,000 graves. That revenue has helped him improve the site during hard economic times. Similarly, the Catholic Cemeteries Association in Pittsburgh has seen benefits in leasing rights of 11 of its cemeteries since 2008.

Despite the many benefits some are seeing, the real issue is deeper than the rigs themselves—it's still just a little too taboo for most.

"You know what it is, it's emotional," Poland Township Administrator Jim Scharville told the Associate Press. "A lot of people don't want any type of drilling. There's something about disturbing the sanctuary of a cemetery. We're not talking about dinosaurs now and creatures that roamed the earth millions of years ago. We're talking about loved ones who have died, people we knew."

Plot owners have no legal claim to the mineral rights of a cemetery, which has become of particular concern in Colorado, where the National Cemetery Association is looking for a new site for a new cemetery for veterans. Thus far, the association has been successful in getting drilling operations to move away from a veterans' cemetery in Natchez, Miss. Let's hope they can preserve the mood elsewhere too.