Fracking Near Vineyards in California a Good Idea? 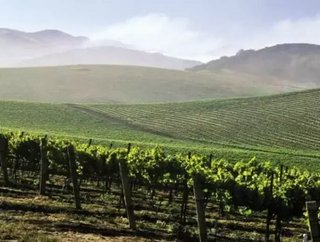 While winemakers along California&#39;s Central Coast take advantage of growing their vines on soils rich with decomposing shale, allowing for better d...

While winemakers along California's Central Coast take advantage of growing their vines on soils rich with decomposing shale, allowing for better drainage and root penetration, oil companies, too, have taken notice of the region's bountiful supplies.

Although drilling operations alongside the Coast's vineyards aren't exactly a new trend, the way in which oilers are planning on extracting the oil is. The only way to extract shale is with hydraulic fracturing (“fracking”), blasting water and chemicals at high pressures into the ground to break up the rocks and force the oil or natural gas out. Despite the immense gains shale brings to the energy industry, environmentalists, farmers and, now, winemakers fear that fracking could pollute nearby water supplies and increase the risk of earthquakes. Is it worth the risk? Many states across the country are vehemently debating the question.

On the other Coast, New York has been undergoing a 4-year environmental and health review to determine if fracking will be permitted at all. Now, in California, mineral rights leases have been sold to 17,000 acres on federal lands near vineyards in Southern Monterey, with more to follow in an auction in May. Experts predict the Monterey shale region hosts over 15 billion gallons of oil.

Should vineyards experience water contamination, the livelihood of many winemakers in the region will be at stake. Those fears may be premature, however, as the Western States Petroleum Association (WSPA) has said that the amount of water used for fracking is significantly smaller compared to agriculture, taking place thousands of feet below the surface away from groundwater supplies.

Environmentalists remain unconvinced, having witnessed the effects of fracking in areas like Texas, North Dakota and Pennsylvania—now industrial wastelands.

Easing the public's fears, the WSPA welcomes new regulations as activity moves into the Coastal region.

“We don’t think there’s any reason to not be confident in the safety, but it’s important that people outside the industry also understand that,” said Tupper Hill, a spokesman for WSPA.

The jury is still out on whether oilers will even pursue fracking in the area, noting that it is not clear yet if the geology of the region is compatible with the technique. Until more is known, the oil industry continues to peacefully coexist with agriculture industry in California, where barrels of oil have yet to threaten the country's precious bottles of wine.