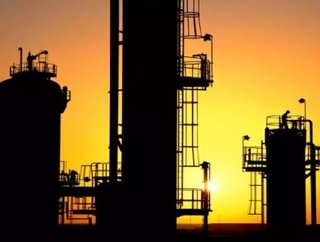 About 93% of India&#39;s energy comes from fossil fuels and Oil and Gas accounts for about 43% of the total energy produced from the same. Of this 43...

About 93% of India's energy comes from fossil fuels and Oil and Gas accounts for about 43% of the total energy produced from the same. Of this 43%, a large part comprises of imports of oil and gas which has created an uncomfortable situation for a large developing economy like ours. Over the last decade, increasing the domestic production and encouraging exploration has been a focus area. Nonetheless, the oil and gas reserves of the country remain largely unexplored, primarily due to huge capital requirements.

Exploration and production of Oil and Gas is a risky proposition where the inputs are generally deterministic, relatively independent of the quality and quantity of reserves. On the other hand, outputs are probabilistic, subject to probability of finding reserves of suitable quality. Therefore, only an attractive investment regime can attract domestic as well as foreign investor's risk capital to India. Domestic players lag behind, and poor prospect from profitability point of view has made foreign players apprehensive. An investor-friendly climate can only be created if regulatory bodies ensure reasonable returns and relatively risk-free environment to operate.

With the New Exploration Licensing Policy (NELP), a major thrust was given to bring in the much needed capital and state-of-the-art technology to the exploration sector.

It was aimed to create an investor-friendly climate and was marked by attractive fiscal and contractual features. The policy also addressed the underground risks involved in exploration of sedimentary basin. However, risks over the ground, mainly due to policy inaction and unfavorable investment climate have made investors wary.

According to Deepak Mahurkar, Director and Leader, Oil and Gas industry, PricewaterhouseCoopers India, "Over a period of time, what we now observe is that not only the underground risks remain as it is, except for few excellent discoveries, but the above aground environment has also not improved much."

Political uncertainty, frequent changes in policy and stricter policy controls have already made the foreign investors apprehensive about India. If not addressed immediately, these would also start affecting the domestic players in next few years.

Talking about the government's public-private partnership (PPP) model, Shyam Saran, Chairman of the Research and Information Systems for Developing Countries and Former Foreign Secretary pointed out, "We have not been able to create a regulatory or an incentive regime."

Being a highly regulated sector until recently, the government has also not done enough to facilitate PPP in this segment and has not been able to attract private oil and gas exploration companies in tapping new blocks.

The crux of India's energy security challenge lies in pricing. Price regulations have limited the attractiveness of the sector. Distortion in pricing have waned the investor sentiment. Moreover, lower prices have resulted in little or no demand-discipline on consumer side, which contributes to a huge wastage of power. Higher gas prices are a necessity for the sector. Unless higher prices are given to the producers, private sector investors will not invest.

Further, subsidies provided to sensitive petroleum sector contradicts the freedom granted to companies under Administered Pricing Mechanism. There appears to be a wide gap between the objectives, policy and implementation, especially for Oil and Gas in India.

"If you have administered price mechanism, which does not take into account the need for ensuring that there should be adequate returns, then obviously expectation that foreign capital will come in or foreign private capital will invest is I think a pipe dream," Saran added.

Government attempts to micro-regulate the sector, specifically production and exploration, are unlikely to be successful due to lack of institutional capacities to support such intents. The process involves 60+ licenses to be acquired - a cumbersome and costly process in terms of time and money. This is a major drawback in India's investment climate and a major hindrance in attracting foreign investment.

Given the grim outlook, policymakers need to make timely decisions in order to avoid impending policy paralysis. Failure to do so would result in a serious crisis in the power sector in near future. Government should maximise energy production and focus on energy security rather than maximizing revenues.

"You cannot afford to have policy paralysis for a day longer. Next time a crisis hits us, the payoff will be so enormous that we will not be able to come out of it as simply and as quickly as we came out in 1991," FICCI Secretary General Rajiv Kumar comments.