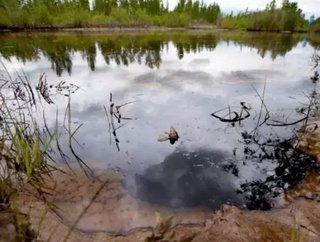 Officials were alerted Thursday night that a pipeline ruptured in Alberta, Canada, threatening the water supply for over 100,000 residents living dow...

Officials were alerted Thursday night that a pipeline ruptured in Alberta, Canada, threatening the water supply for over 100,000 residents living downstream on the Red Deer River.

As much as 3,000 barrels of oil have leaked from Jackson Creek, spreading downstream to Gleniffer Lake and reservoir. Thus far, the province reports no risk to human health as it continues to monitor air and water quality.

Containment efforts have been deployed throughout the weekend. Plains Midstream is directing cleanup operations between the spill site and the Dickson dam. According to Stephen Bart, vice president of the crude oil operations for the company, its hard to tell how long those efforts will take.

"We deeply regret this incident," he said. "We're obviously working to ensure we're doing all we can to limit the extent of the release."

An emergency alert has been issued for Mountain View and Red Deer counties, advising that people stay away from waterways affected by the spill. Officials are confident that the spill will not affect other communities downstream, including Red Deer.