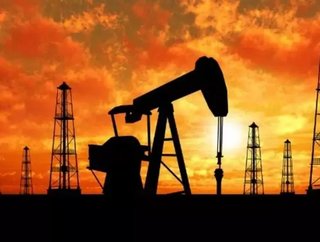 Click here to experience this article in our digital reader This year, the oil &amp; gas industry see environmental accountability as a top priority...

This year, the oil & gas industry see environmental accountability as a top priority, underlined by the intersection between public concern and industry efforts among the U.S. shale boom. This year's annual report conducted by BDO USA, LLP, a leading accounting and consulting organization, found a striking increase in environmentally-focused risks cited by the industry's top 100 players.

One of the hottest topics, of course, surrounds concerns of hydraulic fracturing practices or “fracking.” Many companies are facing the challenge of developing technologies that reduce water usage and earthquake risks.

“Fracking is under a microscope this year—more so than ever in the past,” says Charles Dewhurst, partner and leader of the Natural Resources Practice at BDO USA, LLP. “That continuing trend is probably a good thing. The industry is taking those concerns seriously, so it can react to them.”

Even with the low prices of natural gas, the industry remains bullish. Reserves found in shale formations in areas that weren't traditionally big oil and gas producing areas (particularly in the Northeast), are now oversupplied with extractable gas near major population centers.

“It's perceived as a game changer for the domestic energy industry,” says Dewhurst. “The potential for using natural gas as a main component of our electricity supply is very exciting for the industry.”

Further findings from the report indicate that global volatility heightens operating risks. National and global economic conditions were the second most highly-cited risk factor for 2012, accompanied by increased supply and demand concerns, cited by 87 percent of companies up from 76 percent last year.

“I think that reflects the continuing concern that the world economy is in somewhat of a precarious balance right now,” says Dewhurst. “Global volatility heightens operating risks, no question about it.”

Proposed tax changes also have the industry on high alert during the election year. The elimination of federal income tax deductions was cited by 73 percent of companies, dramatically increasing from just 43 percent in 2011.

The industry as a whole still feels the pains from BP's Deepwater Horizon oil spill two years ago, combating public concern both on land and in the ocean. But, as Dewhurst explains, many oil and gas companies have learned from incident and have worked through new regulations successfully.

“Despite a lot of new regulations in recent years, companies are really taking a proactive approach,” says Dewhurst. “In reading through the risk factors, we see that companies continue to be focused on what they should be focused on, which is operational issues rather than regulations or political concerns. The industry isn't allowing itself to be sidetracked with some of the new concerns we're seeing in this year's survey.”

In fact, operational risks were ranked particularly high this year. Shortage of rigs, equipment and personnel went up to 81 percent from 72 percent last year. Increased operating costs are also up to 75 percent from 67 percent in 2011.

“Somewhat ironically, I think that's actually a good indicator,” says Dewhurst. “That usually indicates a booming period of drilling activity in the industry. Though the costs of all things involved in those activities will go up, it's not a bad thing for the industry overall.”

The following is a list of the top 10 risk factors cited by the 100 largest U.S. E&P companies: