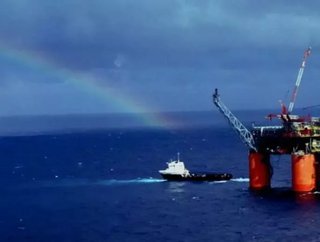 No new offshore drilling leases have been sold since summer 2010, when BPs Deepwater Horizon explosion and subsequent well blowout caught the worlds a...

No new offshore drilling leases have been sold since summer 2010, when BP’s Deepwater Horizon explosion and subsequent well blowout caught the world’s attention and marred the oil industry’s already fragile image.  Now, the U.S. Interior Department is preparing to reopen sales of exploration and production leases.

The offshore lease sales will cover more than 20 million acres of the Western Gulf of Mexico.  Sales are expected to open December 14, 2011.

“This sale is an important step toward a secure energy future that includes safe, environmentally-sound development of our domestic energy resources,” Ken Salazar, the Interior secretary, said. “Since Deepwater Horizon, we have strengthened oversight at every stage of the oil and gas development process, including deepwater drilling safety, subsea blowout containment, and spill response capability.

“Exploration and development of our western gulf’s vital energy resources will continue to help power our nation and drive our economy.”

Lease offerings are to include parcels located between nine and 250 miles offshore in depths from 16 to 11,000 feet.  The Interior Department believes the underwater plays could hold 222 to 423 million barrels of oil and 1.49 to 2.65 trillion cubic feet of natural gas.

The Interior Department is also raising the minimum bid on parcels deeper than 1,312 feet from $37.50 to $100.  Analysis from the last 15 years reveals that bids of less than $100 per acre have experienced virtually no exploration or development.  Officials complain that oil companies have locked up millions of acres of onshore and offshore resources but have not produced oil from them.