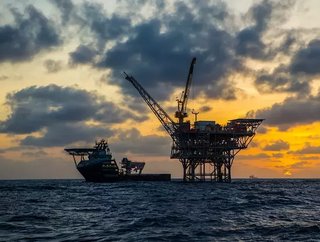 bp has sent out a strong recovery signal after recording $3.3 billion replacement cost profit in the first quarter and announcing it has met its $35 billion net debt target.

Total reported profit for the quarter was $4.7 billion, a marked improvement on the $1.4 billion recorded in Q4 2020, and underlying replacement cost profit was $2.6 billion ($0.1 billion for previous quarter), fuelled by "exceptional" gas marketing and trading, and higher oil prices and refining margins.

Divestment and other proceeds were $4.8 billion in the quarter, including $2.4 billion from the sale of a 20% stake in Oman Block 61 and $1 billion final instalment for the sale of the petrochemicals business, as the oil major continues to transform itself into an "integrated energy company" and develop low-carbon energy.

Replacement cost profit before interest and tax for the first quarter for gas and low-carbon energy was $3,430 million, compared with $1,070 million for the same period in 2020. The quarterly update contrasted with the figures unveiled in February when bp announced an $18.1 billion loss - although even then, there were signs of a revival.

Capex in Q1 was $3.8 billion, consistent with the $3.9 billion spend in the first quarter 2020 and higher than the $3.5 billion in Q4 2020. This includes payments of $0.7 billion following completion of the formation of the offshore wind joint venture with Equinor and a $0.3 billion payment in connection with its share of UK offshore wind leases in partnership with EnBW.

Net debt was cut by $5.6 billion to $33.3 billion, meeting its $35 billion target, and it will undertake $500 million share buybacks in the second quarter.

However cash flow is expected to be impacted by the $1.2 billion pre-tax annual Gulf of Mexico oil spill payment, further severance payments and a smaller improvement in realized refining margin in Q2. Other blips were the 45% drop in demand for aviation fuel and 9% drop in year-on-year demand for retail fuels.

CEO Bernard Looney said with the acceleration of divestment proceeds, together with strong business performance and the recovery in prices, bp generated $11 billion cash flow. "At the same time, we’ve delivered disciplined strategic progress right across bp – including building a high-quality offshore wind business, making great strides in our electrification agenda and setting ourselves up for further growth in the Gulf of Mexico," he said.