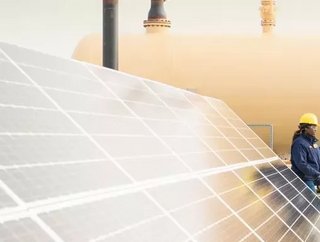 The figures spoke for themselves: Shell raked in $8.3 billion cash in the first quarter amid the rebound in oil prices, reported $3.2 billion in adjusted earnings and despite taking a $200 million hit from the Texas winter storm, cut net debt by more than $4 billion to $71.3 billion.

In echoes of bp's recent results, Shell hailed a "strong operational and financial performance across segments", and it would be hard to disagree.

But there are two words which are arguably more important than any of the numerable figures on the balance sheet: Powering Progress. A simple alliteration, hiding something altogether more complex and intriguing.

For Shell, Powering Progress is one large umbrella: generating value for shareholders; a vehicle in the transition to cleaner energy and net zero; powering lives and livelihoods; respecting nature; and underpinning "core values of honest and integrity". It's not a new concept - Upstream Director Andy Brown highlighted it here in January 2017 - but it is now taking on greater prominence.

The challenge for Shell, somewhat emphasised by yesterday's improving trading environment, is reconciling visionary statements with inherent market-linked commercial dynamics; every $10 increase in Brent prices yields Shell $4 billion to pump into its upstream operations and $1.2 billion into integrated gas. That's money you would struggle to generate from renewables.

Moreover, as Brown outlined four years ago, the challenges of providing more energy with less CO2 remain, as the global population grows. Over this century, energy demand will double. Renewables can't match the energy intensity needed for making steel or cement.

Perhaps the most telling reminder yesterday is Shell's Upstream oil and gas production is expected to deliver strong cash flows into the 2030s, which it claims will help fund the low-carbon investments that will transform its energy mix; but that's effectively a 'carbon-and-not-carbon' blended approach on the road to full net zero sustainability. The company aims to sell 560Twh of electricity to customers by 2030 too.

To sense the complexity of its operation, here is an infographic of its business model taken from its 2020 report, all of which are now must be united on the progress agenda. Shell believes its "integrated business model" is ideally positioned to benefit from recovering demand.

The hard yards start now. Shell wants to cut the carbon intensity of energy products its sells, initially by 6-8% by 2023 - but then the target jumps to 20% by 2030, 45% by 2035 and 100% by 2050. The focus on selling more low-carbon products will concentrated around biofuels, electricity generated by solar and wind power, hydrogen and electric vehicle charging.

Not only does it strive to lower emissions from its operations, including the energy consumed in running them, but also help its customers reduce their emissions from using our products - as well as emissions from oil and gas that others produce and Shell sells in its products. That encompasses 1 million commercial and industrial customers, and 30 million customers at 46,000 retail service stations every day.

Technology and innovation will understandably take on greater prominence. In 2020, research and development expenses were $907 million, down from $962 million in 2019, and $986 million in 2018, across its main tech centres in India, the Netherlands and the USA, with other centres in Brazil, China, Germany, Oman, and Qatar.

"Achieving our strategy depends on how we respond to competitive forces. We continually assess the external environment – the markets and the underlying economic, political, social and environmental drivers that shape them – to evaluate changes in competitive forces and business models," it states. Pandemic or no pandemic, those forces are likely to be strong in the years ahead.