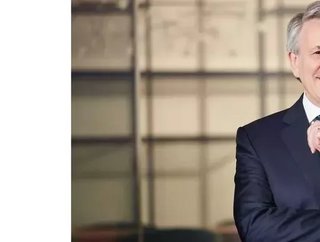 CEO Ben Ven Beurden says it has to be a simpler, more streamlined and nimble organisation...

Shell will cut between 7,000 and 9,000 jobs by the end of 2022, it confirmed today. The figure includes around 1,500 people who have agreed to take voluntary redundancy this year.

The energy giant said "reduced organisational complexity", along with other measures, are expected to deliver sustainable annual cost savings of between $2 and $2.5 billion within two years.

Ben van Beurden, CEO of Royal Dutch Shell, said: "We have to be a simpler, more streamlined, more competitive organisation that is more nimble and able to respond to customers."

He added the company faces a "big mission" with the energy transition to a low-carbon future, whether that's developing new types of biofuels and making them commercially viable, for example, or developing hydrogen for heavy-duty road transport in areas where nothing exists yet. Educating its customers will be key as about 85% of its carbon footprint comes from customers’ emissions when they use Shell products.

While Shell has made in-roads with renewable energy, van Beurden acknowledged "it all needs to accelerate".

He said Upstream will be critical to it has financial strength to invest in low carbon, refining will be refocused so its "smaller but smarter" and integrated gas will focus more on unlocking markets and focusing on customers' needs. Sector updates are as follows: