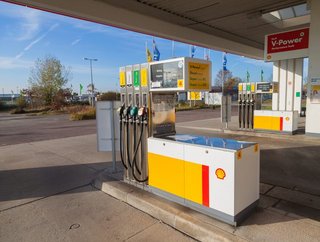 Royal Dutch Shell, the global oil and gas firm, has delivered its first UK hydrogen refuelling station under the canopy with the other p...

Royal Dutch Shell, the global oil and gas firm, has delivered its first UK hydrogen refuelling station under the canopy with the other petrol and diesel pumps.

The Beaconsfield service station, located along the M40, is one of the UK busiest stations and now home to the first hydrogen fuel facility that is under the same roof as petrol and diesel pumps.

“Bringing hydrogen under the canopy for the first time is a fantastic step towards making it a convenient and viable fuel choice for UK drivers.”

The fuel will be generated on site using water and electricity to create hydrogen through an electrolyser.

The clean fuel company, ITM Power, is set to own and operate the hydrogen refuelling station.

“ITM Power is pleased to open this new hydrogen station in Beaconsfield which is the first to sit on the main forecourt, alongside the petrol and diesel pumps,” stated Graham Cooley, CEO of ITM Power.

“We look forward to working alongside Shell to deploy further stations and grow the hydrogen refuelling infrastructure in the UK.”

The UK’s Roads Minister, Jesse Norman, noted: “This is an exciting example of how innovative technologies are helping the Government's Future of Mobility Grand Challenge - contributing towards meeting our climate targets, while supporting the UK's low-carbon economy.”