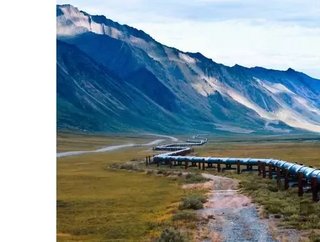 US Bureau of Land Management releases plan for the 23-million-acre National Petroleum Reserve in Alaska...

The outgoing administration of US President Donald Trump has finalised plans to open up vast areas of once-protected Arctic Alaska territory to oil development.

On January 4, the US Bureau of Land Management released its plan for the National Petroleum Reserve in Alaska (NPR-A), a 23-million-acre swath of land on the western North Slope. The record, signed by Interior Secretary David Bernhardt on December 21, allows for lease sales to proceed under relaxed standards.

This decision is one of several pro-drilling activities taken by the Trump administration in its final days in power. On January 6, the Bureau is scheduled to auction off drilling rights in the Arctic National Wildlife Refuge, on the eastern North Slope.

The plan will allow oil development on approximately 80 percent of the reserve – under Obama-era rules, about half of the reserve was available for leasing, with the other half protected for environmental and indigenous reasons.

“We are expanding access to our nation’s great energy potential and providing for economic opportunities and job creation for both Alaska Natives and our nation,” says Casey Hammond, principal deputy secretary for the Department of the Interior.

The Trump plan will allow leasing in the largest lake in Arctic Alaska – Teshekpuk Lake – which is a haven for migrating birds and local wildlife. The lake has been off-limits to leasing since the Regan administration.

It is unclear whether the decision to make this acreage available will have a significant impact on Alaskan oil production, which peaked at two million barrels a day, 30 years ago. The state currently produces around 500,000 bpd of crude.

The NPR-A plan has been condemned by environmentalists, who have already sued to overturn the plan.

“On its way out the door, this administration is sticking to its blunt and destructive approach to management solely for oil development,” states David Krause, assistant Alaska director for The Wilderness Society, in a statement.

Incoming President Joe Biden made climate action a core theme of his candidacy, pledging to take bold action to achieve a 100 percent clean energy economy and net-zero emissions no later than 2050. Click here to read his Top 10 energy priorities.