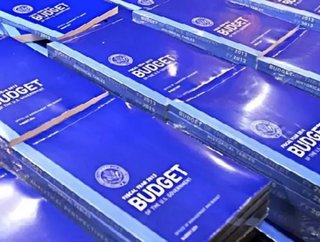 The Obama administration released the 2013 budget this week, outlining plans to continue to fund renewable energy and energy efficiency projects despite last year's failures with Solyndra, Beacon and others.

The budget employs a "Clean Energy Standard" with a goal of generating 80 percent of the country's electrical power from solar, wind and nuclear and natural gas by 2035.

“As we recover from this recession, the transition to clean energy has the potential to grow our economy and create millions of jobs—but only if we accelerate that transition. Only if we seize the moment,” said President Barack Obama.

In the budget, the 1603 Treasury Program--the program addressing tax equity for financing solar projects--will be extended, while over $4 billion per year of “inefficient” tax subsidies to oil, gas and other fossil fuel producers will be repealed. That will raise about $41 billion over the next decade. Additionally, the $3.8 trillion budget proposal increases renewable energy investments by a whopping 29 percent since last year.

Funding for the DOE's Office of Energy Efficiency and Renewable Energy will also be increased by 3 percent from 2012 levels.

Other investment highlights include: