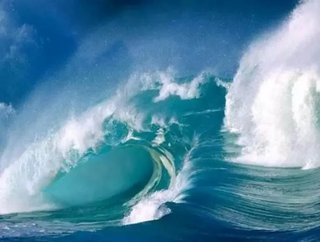 With the world’s population surging north of seven billion, we’re pushing limited land resources harder to produce food and energy. Often, the two are in competition: using farmland to grow feedstock for biofuels drives up food prices. Fortunately, there is still one place on Earth where space is abundant and it makes up over 70% of the planet’s surface. The ocean is awash with potential for alternative energy.

But how are renewable energy initiatives faring on the high seas? There are hurdles to every renewable development, including environmental impacts, aesthetic concerns and high costs. But there are a number of technologies — from the far out to the icky to the downright cool – that have the potential to harness energy from the oceans. Here is a look at more of the most fascinating recent innovations in marine renewables.

In place of the conventional windmill design used in wind-farms, German company SkySails GmbH uses a free flying kite with a rope to collect energy from the wind. This design takes advantage of high altitude winds, which provides more energy than winds at surface level. Energy is generated as the wind pulls aloft a kite attached to a rope, according to the company. The rope is attached to a drum that is connected to an electric power generator. Once the rope has been extended to its maximum length, the kite is automatically reeled in to begin the next energy-generation phase. SkySails has a functional working model, but has not been developed on a large scale.

The ocean is the world’s largest solar collector, but there has yet to be any large-scale deployment of floating solar “islands”. One of the big obstacles is the potential for storms to damage or unhinge the equipment. The Australian solar power company Sunengy claims to have found a way around this problem, or at least, underneath it: The company’s floating solar panels, called Liquid Solar Arrays, are designed to submerge themselves when storms hit and remain safely underwater until they pass. The design uses lightweight, readily available plastic and existing solar power harvesting technologies. The company has recently partnered with India’s largest integrated private power utility, Tata Power, to build a pilot plant of Liquid Solar Arrays.â€¨

Algae have long been seen as a potential commercial source for biofuel, and for good reason: they are among the fastest growing plants in the world, and about 50% of their weight is oil. Algae don’t require freshwater to flourish and they thrive on CO2, making them excellent carbon sinks. With oil back over $100 a barrel, algae farming is looking more feasible and there are many ongoing initiatives to improve on the process. The joint Irish-U.K. BioMara project, for example, is studying the sustainability of marine biofuel by screening wild strains of microalgae. Researchers are looking for strains with high oil content and high stress resistance that are capable of sustained growth outdoors. The project is currently underway at the Scottish Association for Marine Science, which has over 2,700 strains of algae, making it the largest algal culture collection in Europe.

With Ocean Thermal Energy Conversion (OTEC), the quest for viable alternative energy sources is picking up steam – literally. OTEC operates by exploiting the temperature difference between the warm, top layer of the ocean and cold lower layers. One promising technology, called closed-cycle conversion, uses the ocean’s warm surface water to vaporize a working fluid with a low-boiling point, such as ammonia. As the vapor expands, it turns a turbine, activating a generator that produces electricity. Open-cycle systems boil seawater by operating at low pressures, producing steam that also passes through a turbine or generators. Cold water from deep in the ocean then condenses the vapor back into a liquid and the process starts anew. The U.S. Naval Facilities Engineering Command awarded a $4.4 million contract to Lockheed Martin to develop critical system components and designs for a pilot plant off the coast of Hawaii, which is now in its final design stage.