Is the EPA a 'Jobs Killer'? 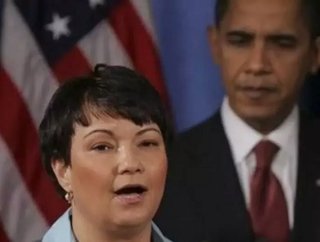 Established with support from Congress in 1970 under Republican President Richard Nixon, the Environmental Protection Agency (EPA) was once considered...

Established with support from Congress in 1970 under Republican President Richard Nixon, the Environmental Protection Agency (EPA) was once considered “above partisanship.” In that State of the Union address, Nixon said, “We can no longer afford to consider air and water common property, free to be abused by anyone without regard to the consequences.”

Today, Congress and Republicans have launched a war against the organization, claiming that its regulations are too harsh and kill jobs. EPA Administrator Lisa Jackson can be seen in various media defending the organization.

In an interview conducted by the television show energyNOW!, offered exclusively to The Huffington Post, Jackson comments on the state of the green economy:

Does the EPA kill jobs?

"There's no credible economist who says that our current financial crisis was related to environmental regulation or over-regulation,” said Jackson. “In fact, in the housing market, many people feel that it was the lack of oversight and regulation that helped contribute to the catastrophic failure that has affected so many Americans."

Additionally, polls continue to show that the majority of Americans want the EPA around to protect their health.

"No one believes we're going to create jobs by getting rid of environmental protection,” said Jackson.

In her opinion, the attacks on environmental laws are not backed up with factual arguments and the clean energy sector creates thousands of new jobs every year. She approximates that “less than 0.5% of job losses are attributed to any kind of governmental regulation,” in another interview with MSNBC's Rachel Maddow.

What about President Obama's delay on stricter standards of smog pollution?

The President has been cited saying that there is an importance of reducing regulatory burdens as our economy continues to recover.

Though different from her recommendations, Jackson respects the President's decision and responds, “In light of a new ozone standard situation for 2013, the most prudent course is to wait until 2013 for the latest scientific data.”

She adds that he is firmly behind cross state air pollution rules and expects stricter standards to be set for coal-fired facilities to enforce the Clean Air and Clean Water Acts.

But where are all the promised clean energy jobs?

"They're here—They're coming and they're also here,” according to Jackson.

The President had to deal with an incredible burden of job loss in the beginning of his presidency in all markets. But, “When you look across the landscape of our country and look at the different sectors—recognizing that our housing market and that sector is still recovering—the jobs of the future and the sectors that are going to grow are going to be in the energy sector,” said Jackson.

"The president is saying that we can't move away from giving rules of the road and guidance so that cleaner energy types are not disadvantaged compared to polluting energy types. There are ways to make traditional energy much much cleaner and we should be investing in them. And when you invest in them you create jobs," Jackson concludes.

• According to the Center for American Progress (March 2010 report): By 2020, clean energy will be one of the world’s biggest industries, totaling as much as $2.3 trillion.

• A Pike Research report (2011) indicates that the U.S. retro-commissioning market could grow from $160 million in 2010 to $1.8 billion by 2014, under an aggressive forecast scenario. The baseline scenario still provides for significant growth, up to $759 million by 2014.