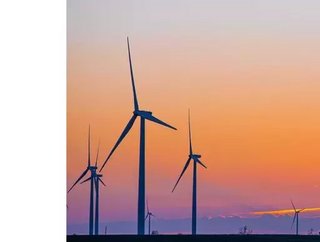 Infrastructure and Energy Alternatives has been awarded the Jayhawk Wind Farm construction contract and WEC Energy Group has bought a 90% stake...

WEC Energy Group has bought a 90% stake, worth $302 million, in the Jayhawk Wind Farm project in Kansas, and Infrastructure and Energy Alternatives has been awarded the construction contract.

The group's investment is part of the company's $16 billion ESG Progress Plan, the largest five-year capital plan in the company's history.

Apex Clean Energy, which develops, constructs, and operates utility-scale wind and solar power facilities across the US, awarded the construction project to IEA Constructors, a subsidiary of IEA that manages utility-scale renewable energy and heavy civil infrastructure projects.

The award is for the construction of a utility-scale wind farm in Bourbon and Crawford counties in Southeast Kansas with capacity to inject 190MW of electricity into the regional grid. The $70 million project is expected to be completed in late 2021.

Kansas is an ideal place for wind construction. According to the American Clean Power Association, the state ranks fifth in the nation for wind power capacity and second for wind energy as a share of total electricity generation, with over 6,500MW of operating capacity today and 43% of electricity from wind power.

"Wind energy is an essential part of Kansas’ electricity generation, and IEA is excited to partner with Apex Clean Energy to continue the state’s transition to a carbon-neutral footprint," said Chris Hanson, IEA’s Executive Vice President of Renewable Energy.

"The project site for the Jayhawk Wind Farm is ideal. With high-voltage power lines already in place and accessible highways that will reduce the project’s need for new infrastructure, IEA will be able to minimize the construction’s environmental impact. In addition to contributing to the state’s goal of carbon neutrality, we are pleased to be able to bring continued employment to the state of Kansas and support local merchants, equipment suppliers and more by reducing their need to import clean electricity from other states.”

Ken Young, Chief Operating Officer of Apex Clean Energy, said the project will generate significant local spending and create hundreds of local jobs. "We look forward to creating, with IEA, an entirely new source of long-term revenue for the Sunflower State and Bourbon and Crawford counties for decades to come," he said.

To date, IEA has constructed more than 20GW of renewable energy projects across North America.

One of President Biden's first moves was to sign an executive order to tackle the climate crisis and accelerate clean energy. The Secretary of the Interior has been tasked to identify steps that can be taken to double renewable energy production from offshore wind by 2030 (click here).