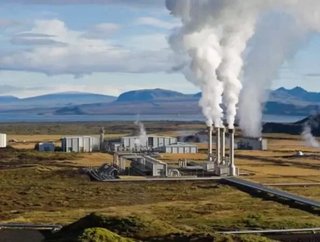 Indonesia's geothermal energy is literally bursting from the ground, with the world&#39;s highest number of volcanic hot spots. Unfortunately, Sou...

Indonesia's geothermal energy is literally bursting from the ground, with the world's highest number of volcanic hot spots. Unfortunately, Southeast Asian politics and a lack of foreign investment is bogging down the great potential of the country's clean energy market. With plans to add as much as 9,000 MW of installed capacity by 2025, the industry will need to attract investors.

"The tenders are out there, they just need the investors to come in," says Paul Brophy, president and chief executive of geothermal consultancy GES. "So far, some 20 to 30 concessions have been issued so there is still lots of room for new companies to come in and develop the resources."

Unfortunately, the bidding process to lack of infrastructure is holding up investment in addition to a muck of local politics and cultural beliefs. Some Hindu leaders fear that meddling with nature could anger the gods.

Geothermal is one of the most environmental ways to produce energy; it creates almost no carbon dioxide and requires a third less land than solar or wind energy infrastructure. It's also cheaper than coal or gas, and could dramatically boost the growing economy of Indonesia. Although upfront investment can be high, the country needs the power to help it grow.

Chevron is currently the world's largest geothermal power producer with plants in Java and in the Philippines. In addition to other companies like India's Tata Group and General Electric Co., Chevron is putting more money towards the country's geothermal potential, even despite accusations from disheartened locals that the company is cutting down trees in the process.

But the government is still lagging. Companies don't have much public data to work with to assess the best points of exploration and overlapping jurisdictions of project approvals continue to get in the way. A new law that allows outside developers to pursue geothermal projects so long as five percent of their profits goes to the Indonesian government should help bolster foreign interests.