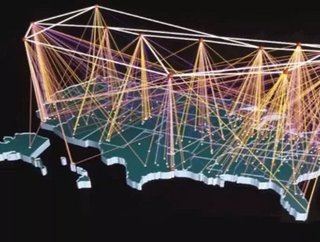 Writtenby Peter Vaessen As we have heard time and time again, two key issues with our future energy systems are the integration of huge amounts of ren...

As we have heard time and time again, two key issues with our future energy systems are the integration of huge amounts of renewable energy sources into the grid, and the realization of active demand through customer involvement. These two issues combine to create the need for a smarter grid that can cope with generation and load with high coincidence factors without significant reinforcements.

Our future transmission system will likely be very similar to that of the present day, aside from the increase in power flows across the transmission network due to trading, and the additional presence of large-scale intermittent sources, such as (offshore) wind power plants and remote large scale photovoltaic systems. On the other hand, the local power distribution system(s) might be quite different from what we see today.

The future of the local power distribution system offers us (nearly) self-supporting rural, urban or industrial energy environments, compared with today’s more traditional (consumption only) behavior. A number of generators utilizing different technologies, based on renewable energy or combined heat and power, will be present at the distribution level. Furthermore, the future electricity customer will be more directly involved in the power system as he may own part of the assets at the local distribution level.

In this scenario, the goal of the future power grid operator is to achieve the best possible security for the network using the available facilities. This requires tools for assessing the vulnerability of the grid to possible contingencies, implementing protection and control that is responsive to the prevailing system conditions and minimizing the likelihood of blackouts resulting from various forms of instabilities and external threats. The goal is for the network to be adaptive and self-healing through quick and accurate assessment of the degree of damage and the pace of affected area expansion – reducing the effect of the disturbance by breaking it up and isolating it. The remaining parts of the network can then operate on a (slightly) degraded level. After the “storm,” the entire system can be restored again.

A crucial element of the future smart grid is the smart substation, and how this power and information exchange will be connected to the regional transmission and local distribution grid. The smart substation is, on one hand, the gateway to the many prosumers connected to the low voltage grid and, on the other, the connection to the higher voltage levels of the transmission grid and interconnectors.

DNOs are faced with an ever-increasing uncertainty for planning and operation. The size, location and timing of generation and load are often unpredictable. Investments in grid reinforcements may turn out to be uneconomic for the DNOs. This stimulates them to maximize the use of the existing network and to consider installing flexibility and intelligence in the grid instead of traditional grid reinforcements. Smart substations are capable of aggregating customer demand and supply. They can guarantee power quality, allow for controlled islanding, optionally store energy, and serve as an information and control gateway. This last part is possible through exchange agents between customers and the grid. And of course, smart substations are capable of physically facilitating the delivery of electric power.

An important question to consider in regard to the smart substation is how the power exchange layer will develop between existing large-scale generation – including, for example, offshore wind power – and the numerous distributed resources. Two scenarios are possible: the Camel scenario and the Dromedary scenario.

The Camel scenario envisages large power plants connected to one another via a high-voltage (HV) transmission network, while a low-voltage (LV) distribution network interconnects the micro grids that are (nearly) self-supported. Power is exchanged between the HV and LV layer over a relatively lightweight medium-voltage (MV) network. Alternatively, the Dromedary scenario assumes that both the large-scale plants and micro grids are connected to each other via a strong medium-voltage network.

If the Camel scenario becomes a reality, investments will be made mainly in the HV and LV network. When looking at the LV network, substantial investments would be made locally (probably at the customer site) to balance local supply and demand as much as possible, maintain voltage levels within tolerances, and control the power quality and reliability at the connection points. Because maintaining the voltage levels and control of the power quality is a difficult task in the LV network with a relative weak MV coupling, this, along with the function to allow controlled islanding, will probably be the main function of the intelligent node. Because the customer is largely involved, this model gives rise to public/private investment questions about who is responsible for what part and which costs, and who receives what benefits.

In the case that the Dromedary scenario becomes a reality, the MV network will be reinforced and serves as a strong primary means for keeping the voltage levels of the LV feeders within limits, and maintaining a certain level of power quality and reliability. This resembles most closely the present (ideal) network situation. Even in this strong MV network, maintaining the voltages within the tolerance band and assuring power quality and reliability with a number of small-scale, embedded generators will become increasingly difficult with direct control functionality only at the entrance point of the feeders. It is therefore likely that there will again be a demand for smart substations equipped with two-way communication and grid support functionality. The question that then arises is how the dispersed generators are controlled to offer grid support.

The conclusion here is that smart substations are an essential element for a reliable and sustainable power supply in the future and, depending on which scenario becomes a reality, will have a different function and a different realization path.