Renewables should be "prioritised on federal land" 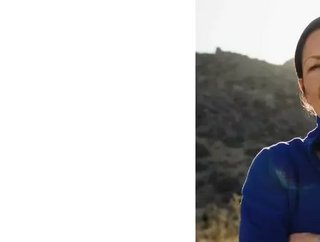 A top contender to lead the US Interior Department under Democratic President-Elect Joe Biden says the federal government should prioritise expanding renewable energy projects on public land, changing course from the Trump administration’s decision to increase oil and gas drilling.

Speaking at Reuters Events’ Energy Transition North America, Democratic US Representative Deb Haaland of New Mexico, says that over the last four years Republican President Donald Trump’s administration has allowed drillers to ‘run roughshod’ over federal lands and that it is now time to make it easier for renewable energy such as solar and wind power to expand.

“Leasing practices need to be changed. We need to make sure we’re promoting and increasing clean-energy leases,” she explains, citing a 2018 federal report that shows that about a quarter of US greenhouse gas emissions come from burning fuels extracted from public lands and waters.

During his campaign, Joe Biden vowed to ban all new permits for drilling on public land as part of a broader effort to bring down the country’s greenhouse gas emissions to net-zero by 2050, in order to fight climate change. The ban would not affect existing drilling permits, which can continue to produce for years, Haaland says.

“We’re not saying ‘shut everything down today'. But this renewable energy is an industry that we know holds a great future for so many Americans and that’s what I really want to move forward.”

Haaland won re-election to a second two-year term representing New Mexico’s 1st Congressional District including Albuquerque, was one of the first two Native American women elected to Congress in 2018.

She is on a short list of potential Interior secretaries alongside her Southwestern state’s two senators: Tom Udall, who is retiring, and Martin Heinrich, according to sources familiar with the matter. Should Biden name Haaland to the post, she would become the first Native American to lead a Cabinet agency. She declined to confirm whether she has been vetted.

Oil and gas production on public lands topped a record one billion barrels last year, as the Trump administration pushed its ‘energy dominance’ agenda, which is aimed at speeding up permitting for major energy projects.

During the initial outbreak of the coronavirus, the Interior Department helped oil and gas companies get relief from paying royalties amid an oil market slump and expanded the industry’s access to economy-wide government lending facilties.

Haaland has not committed to supporting a waiver program that would exempt states from a potential ban on fossil fuel production permitting on federal land. The idea was floated last year by New Mexico Governor Michelle Lujan Grisham, a fellow Democrat, citing the state’s reliance on revenues from federal drilling.

However, Haaland does point out that there are several other measures that Biden could take on Day One of his presidency to protect public land, including issuing an order to conserve 30 percent of federal land and oceans by 2030.

She adds that Biden could also seek to reverse the Trump administration’s moves to shrink the size of national monuments like the Bears Ears and Grand Staircase in Utah, which include land sacred to local tribes, and use his authority to designate new national monuments.