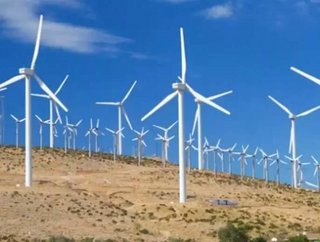 Texas is leading the nation&mdash;and the world&mdash;in wind energy. After setting wind power generation records in October, Texas is swiftly getting...

Texas is leading the nation—and the world—in wind energy. After setting wind power generation records in October, Texas is swiftly getting to work on a massive $6.8 billion transmission project that will more than double its total installed wind power by 2013. Who knew the oil-centric state would become such a leader in renewable energy?

As of now, about 8 percent, or 10,000 MW, of Texas' power comes from wind, expected to jump up to 16 percent in the next year. While some Texas landowners are not happy about the lines set to cross their property, they will receive a onetime payment for hosting them. Texans will pay an approximate $5 more on monthly electricity bills to finance the project for years to come.

In the long run, wind is making electricity cheaper. Texas experienced intervals where wholesale electricity dropped to $0.00 in October due to wind power, siting more gains for the project. Part of the drop was caused by high winds at night, followed by a low energy demand on an early morning, but mostly, wind is just cheap—the cheapest form of renewable energy.

Another reason for the sudden demand to ramp up wind power generation is the growing concern of rolling blackouts caused by extreme weather, like the drought Texas experienced this summer, and its effect on power plants. Since power plants use water for cooling, the lower the water levels get, the bigger and more unpredictable the problem could be.

That's one of the advantages of wind farms—they don't use water. However, wind is not a total solution. It can be extremely variable from the coast to turbine farms in western Texas. The more the state increases wind capacity, the harder it will be for the Electric Liability Council of Texas (ERCOT), the state's electric grid operator, to maintain stability of the grid. There will also have to be a backup that can be readily available when wind is down.

What about solar? Donna Nelson, chair of the Public Utility Commission, notes in an interview with the Texas Tribune that solar energy is even more variable than wind. Although it hasn't been a viable option yet, according to Donna, recent dropping prices of solar panels may open up another avenue for renewables for the sunny state.

Despite the variability of wind power, Nelson sees an overall positive outcome of the large-scale project. “You're basically changing the way electricity has historically been measured, and you're changing the customers' interaction with it... So we're ahead of everybody else—Texas is,” Nelson told the Texas Tribune.