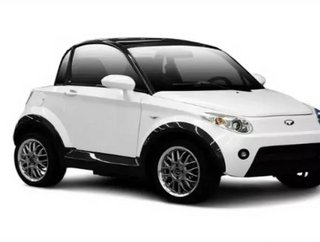 Ordering pizza these days is about to come with a little less guilt&mdash;you won&#39;t be able to cut calories, but soon you&#39;ll be able to cut em...

Ordering pizza these days is about to come with a little less guilt—you won't be able to cut calories, but soon you'll be able to cut emissions. Domino's Pizza is set to become the first US customer of GreenTech Automotive's new battery-powered vehicles.

Led by the former Democratic National Committee Chairman Terry McAuliffe, the company expects at least 20 Domino's franchise owners to place orders for its MyCar, according to McAuliffe in an interview with Bloomberg.

After his role as chairman of Hilary Clinton's 2008 presidential bid, McAuliffe became more involved in the market of rechargeable cars.

The startup GreenTech says it's only using private funds, unlike Tesla Motors Inc. and Fisker Automotive Inc. The company is debt free and didn't apply for or receive federal funding, though it received incentives from the state of Mississippi worth at least $10 million.

Former President Bill Clinton attended the opening of the Horn Lake factory plant, where GreenTech expects to employ as many as 1,500 workers by the end of next year.