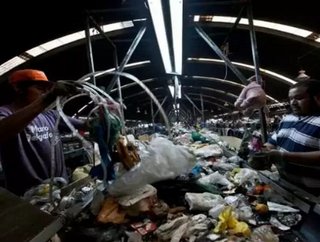 Mexico City will close one of the world&#39;s largest dumps and instead turn its waste into reusable materials and energy by the end of December, acco...

Mexico City will close one of the world's largest dumps and instead turn its waste into reusable materials and energy by the end of December, according to Mayor Marcelo Ebrard. The city will institute a new recycling program for nearly all forms of trash and embark on a major project to harness methane gas to be used to produce energy.

As of Monday, all 700 trucks that carry garbage to the Bordo Poniente dump will stop hauling in waste and instead be used to help move it into a recycling separation and composting plant on site. A new plant will open for recycling construction waste into building material and the city will start working with the 1,500 pepenadores, or scavengers, who had informally worked at the dump to resell material. Other smaller dumps are expected to open to manage remaining waste.

Concrete giant Cemex SAB has already agreed to purchase some 3,000 tons of waste daily to turn into energy, according to government undersecretary Juan Jose Garcia Ochoa.

Ten Ways to Reduce Food Waste During the Holidays

Over its lifetime, Bordo Poniente has accumulated over 76 million tons of trash. Closing its operations is expected to reduce greenhouse gas emissions by at least 2 million tons of carbon dioxide per year.

Through recycling and composting programs, the city has already cut its annual waste in half in the last year. By adopting strict laws to prohibit illegal dumping at the site, the changes in the next year are expected to be even more monumental.

One of the world's worst waste management systems will now become one of the greenest.