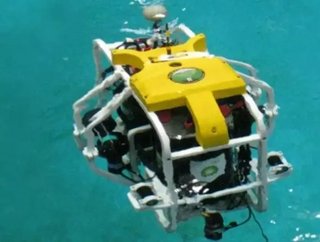 The ocean covers over 70% of the planet, but is threatened by multiple stressors such as bottom fishing, pollution and climate change. Coral reefs sup...

The ocean covers over 70% of the planet, but is threatened by multiple stressors such as bottom fishing, pollution and climate change. Coral reefs support the livelihoods of almost half a billion people; marine litter affects around half of all marine mammals and kills almost a million seabirds per year. These threats require active and urgent intervention to ensure global sustainability of human livelihoods and biodiversity. Currently, habitat remediation or restoration can only be achieved in small patches. In deep sea ecosystems, these tasks are also too dangerous for direct human intervention.

The Coralbots team is comprised of scientists and engineers committed to addressing these threats using innovations in computing, marine biology, and undersea robotics to revolutionize how such threats are addressed, combining autonomous underwater robotics with 'swarm intelligence.' Nature shows how groups or swarms of organisms (e.g. bees and termites) operate collectively to achieve complex objectives. The Coralbots team plan to deploy teams of autonomous underwater robots to restore and rebuild damaged coral reefs.

The first future mission will restore reefs damaged by hurricanes and ship groundings in Belize. Running until May 26th 2013, the team have a project on Kickstarter to help accelerate this mission. Individuals, schools and corporations are invited to work with them, by contributing directly to the Kickstarter campaign, and taking up the opportunity to be directly involved. Involvement will be centred on helping the team accelerate development around the many 'artificial intelligence' tasks in the project, ranging from recognition of coral in images, to robot stability in strong currents, while the team will provide educational packages and interaction with schools.  This project represents a glimpse of the future, where robotic intelligence works alongside human activity to repair, restore and protect the future of the global environment.