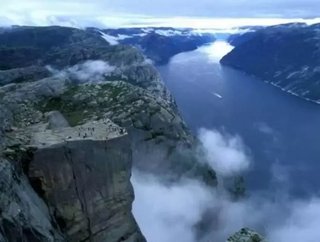 Following many months of negotiation Green Mountain Data Centre have signed a hosting agreement with a major Nordic IT Company.

The 21000 sq m Colocation Data Centre is now being fitted out in multi million dollar investment in a former high security underground NATO facility. Investment is privately funded by the Smedvig family.

Negotiations with the anchor tenant extended over several months because they embrace complex design and commercial elements. ‘For Green Mountain this is a key moment as we view this as market acceptance of our data centre’ said Knut Moulag CEO of Green Mountain ‘We were selected because of the high security of the facility, its low operational costs and its ‘green’ credentials. We can not publish the name of the customer, only state that it is a major Nordic IT operator’. The facility will be fully operational in Q1 of next year.

‘We are in negotiations with several other local companies but as it will be one of the largest facilities of its type in the Nordics and ‘the Greenest Data Centre in the World’ we also wish to attract large environmentally aware multi nationals to the data centre who wish to lower their operating costs and carbon emissions, good connectivity enables us to do that’ Knut added.

Cost of power in Norway is some 40% less expensive than in the UK [and can be fixed long term] which dramatically reduces operational expenditure because it is such a large proportion of the cost of running a data centre. It is also hydro generated so has no carbon emissions. There are no CRC charges or Offsets to pay in this region. Savings in carbon when the 20 megawatt facility is fully operation will be in the region of 76000 Tons CO2 pa compared to UK.

The data centre will provide wholesale space with Tier lll infrastructure as well as space allocated for container solutions. The heat from the servers is removed using the cool water [8 deg C/46deg F] which is available year round from the nearby fjord, it is passed through a heat exchanger, further reducing the power bills, another sophisticated solution that contributes to it being ‘The Greenest Data Centre in the World’.