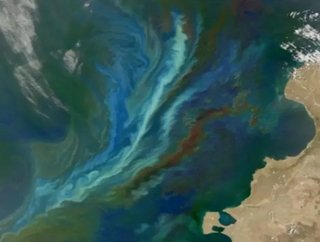 In carrying out what&#39;s being called the &ldquo;world&#39;s largest geoengineering experiment,&rdquo; a man has gone rogue in his pursuit to prove...

In carrying out what's being called the “world's largest geoengineering experiment,” a man has gone rogue in his pursuit to prove to the world that his theory on combatting global warming will work. Russ George, the head of Planktos, believes that by dumping iron into the ocean, creating a massive algae (phytoplankton) bloom, the carbon dioxide absorbed through photosynthesis from the algae will be enough to combat climate change.

The problem is, algae dies, emitting methane, which is worse for the atmosphere than carbon dioxide. When the idea was first put out there in 2007, most were skeptical about dumping chemicals in the ocean given the risks. Without the support to back him up, George disappeared for a while, abandoning his focus to carry out the experiment near the Galapagos Islands. Instead, he came to Canada, deceived locals about the intentions of his experiment, and dumped 100 tons of iron sulphate into the Pacific, creating an algae bloom large enough to see from space.

The dump took place 200 miles west of the islands of Haida Gwaii, after George convinced the local council of an indigenous village that the project would restore the salmon population in the area. With the help of a team of unidentified scientists, George obtained equipment loaned from US agencies including Nasa and the National Ocean and Atmospheric Administration.

Lawyers, environmentalists and civil society groups are calling it a “blatant violation” of two international moratoria and the news is likely to spark outrage at a United Nations environmental summit taking place in India this week, according to the Guardian.

After George's failed efforts in the past, the US Environmental Protection Agency warned him that carrying out the experiment in the Galapagos would violate US laws. Regardless of the outcome of the situation off the Canadian coast, it's likely he'll face legal pressures from environmental groups throughout North America in the upcoming weeks.