'Greenwashing' and why companies should avoid it 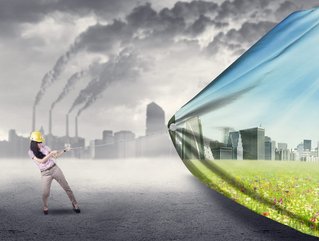 Some companies are manipulating the content of their public reports in order to make their operations appear ‘greener’. Dr. Gaia Mellon...

Some companies are manipulating the content of their public reports in order to make their operations appear ‘greener’.

Dr. Gaia Melloni of the University of East Anglia, UK, led the study which examined a sample of firms involved in a pilot programme to produce integrated reports. These reports should were designed to communicate more concisely how a company’s strategy, governance, performance, and prospects – in the content of its external environment – lead to the creation of sustainable value. The reports should be balanced, including any relevant information, positive or negative.

The findings, however, published in the Journal of Accounting & Public Policy, show that in the presence of the company’s weak financial performance, the integrated report tends to be significantly longer, less readable and concise, and more optimistic – therefore, less balanced – which suggests attempts to ‘greenwash’ the true performance picture.

Businesses with a worse social performance were also found to provide reports that disclosed less information on their environmental, social, and governance issues.

Dr. Melloni said of the research: “Our evidence implies that early adopters of integrated reporting manipulate the content and tone of their reports as an impression management strategy. The lower the performance, the poorer the disclosure.

“The results also suggest that such strategies depend not only on the level of firms’ performance but also on the type of performance, for example financial versus sustainability.

“One of the main challenges when you are studying communications on sustainability is whether companies are reporting what they are actually doing. The big issue here is that companies are using integrated reporting to greenwash, to make up for very poor actions on their environmental and social impact.”

Melloni and colleagues Dr. Ariela Caglio from Bocconi University, Italy, and Dr. Paolo Perego of Erasmus University Rotterdam, The Netherlands, focused on 148 integrated reports issued by 74 firms. They examined conciseness and completeness/balance in the reports, which covered industries including oil and gas, utilities, financial and consumer goods, healthcare, and technology and telecommunication. They also looked at the quality of communication and the relationship between what was reported and performance.

Melloni said producing good quality reports had implications for firms’ reputations: “Companies cannot only report the positives if they want to be credible. Integrated reporting allows firms to talk about the future, something traditional reports don’t particularly like. If they include less positive details but set out what actions are going to be taken to address those, shareholders will want to know that.

“If there is a consistent message and firms are seen to be taking action, it can improve their reputation and make them more appealing, for example to staff, as a potential employer and to investors.”

‘Saying More with Less? Disclosure Conciseness, Completeness and Balance in Integrated Reports’, Gaia Melloni, Ariela Caglio and Paolo Perego, is published in the Journal of Accounting and Public Policy.