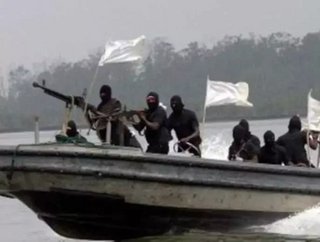 Eight men boarding the MV C-Endeavor attacked the crew, abducting three workers who remain anonymous due to security rules. The contractor supplying the ship, Edison Chouest Offshore of Louisiana, has yet to comment on the incident.

Chevron spokesman Kurt Glaubitz told The Associate Press, “The safety of our employees and contractors is our first priority. Chevron Nigerian Ltd. is assisting the service company to ensure the safe release of the kidnapped crew members."

When attacks on foreign oil companies saw its first wave in 2006, a government-sponsored amnesty program in 2009 paid ex-fighters to curb violence. But while many firms continue to pump billions of oil from the country's Niger Delta, most of the country remains incredibly poor and few have seen any benefits.

Adding to debate, President Goodluck Jonathan has recently proposed an end to fuel subsidies that would redirect $7.5 billion towards infrastructure and social program next year. However, many are threatening mass protest if the nation's “only oil benefit” sees an end, seeing as the subsidies have kept oil prices within the country incredibly low.

Economists believe the removal of subsidies is necessary in rebuilding society, but it will come at a price most can not afford. The government will have to be extremely clear about where the extra money is going to curb the mounting uproar of angry protesters and pirates to come.