Deepwater Drilling in the Gulf Bounces Back 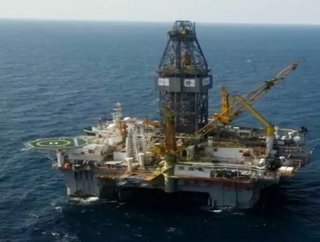 The infamous BP oil spill caused chaos in the US deepwater oil industry, but now drilling in the US Gulf of Mexico (GoM) is making a comeback, accordi...

The infamous BP oil spill caused chaos in the US deepwater oil industry, but now drilling in the US Gulf of Mexico (GoM) is making a comeback, according to natural resources experts GlobalData.

The new research states that despite increased US government restrictions which followed the Deepwater Horizon explosion – combined with the risks and high costs involved in deepwater drilling – climbing crude oil prices will see GoM oil production surpass its former records.

BP plc’s Macondo well experienced a blowout in April 2010, resulting in the destruction of the Deepwater Horizon drilling rig, a 5 million barrel (MMbbl) oil spill, and a six-month moratorium issued by the US government for certain areas of the GoM. However, a recent surge in issued permits indicates the return of large-scale deepwater drilling to the area.

The US government issued 44 drilling permits in Q1 (January to March) of 2012 -a promising figure considering that throughout all of 2011 and 2010 the US government issued only 79 and 74 permits respectively. This growth suggests that deepwater drilling in the GoM will return to levels seen before April 2010 by the end of 2012.

One major attraction for deepwater oil exploration in the GoM is the stable political climate and clear regulations, while many other parts of the world see oil and gas investment opportunities marred by regime changes or nationalization. The US and Mexican governments entered into an agreement in February 2012, which set a framework to facilitate hydrocarbon exploration and production in the GoM. The agreement enables lease operators in the US GoM to coordinate with Petroleos Mexicanos (Pemex), the Mexican National Oil Company (NOC) for joint exploration and production of hydrocarbons in the GoM in the Mexican maritime boundary of GoM. The agreement allows a greater level of freedom for US oil corporations, and is expected to increase investment and drilling in the GoM.

Major International Oil Companies (IOCs) such as BP and Chevron Corporation have always dominated the deepwater drilling in the GoM, and are at the forefront of the drilling resurgence. Out of the 44 deepwater drilling permits issued in Q1 2012, BP (with 13) and Chevron (with 14) garnered the majority. IOCs hold the required technological expertise, and the capacity to fund high capital expenditure and potential multi-billion-dollar liability risks in the event of another oil spill.

However, the dominance of IOCs in the GoM deepwater exploration is enhanced by an apparent lack of interest from some small independent US operators, as regions such as the Bakken and Eagle Ford shales offer attractive opportunities without the levels of risk involved in deepwater drilling.