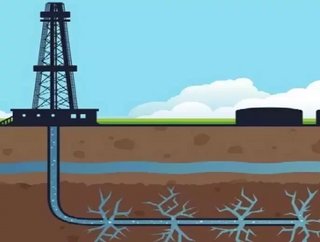 The first-ever national standards for controlling air pollution associated from gas wells that are drilled using fracking, or hydraulic fracturing, we...

The first-ever national standards for controlling air pollution associated from gas wells that are drilled using fracking, or hydraulic fracturing, were set today. Under a court order, the US EPA was pressured to finalize the rules that have been delayed four times over the last year.

EPA officials have assured the public that the new regulations will not slow natural gas production.

"By ensuring the capture of gases that were previously released to pollute our air and threaten our climate, these updated standards will protect our health, but also lead to more product for fuel suppliers to bring to market," said EPA Administrator Lisa Jackson in a statement.

Coping with Spikes in Gas Prices

Fracked gas wells typically experience a three to ten day period of air pollution during a ventilation process as the wells transition from drilling into production. The EPA's earlier version of regulations would have required that those companies install pollution-reducing equipment immediately, but the official regulations now give drillers over two years to employ technology to reduce those emissions. In the meantime, drillers will be required to burn off gas to slash emissions, avoiding the release of smog-forming nitrogen oxides.

There are, of course, mixed feelings from both members of the industry and environmentalists. Environmental groups are unhappy with the two year delay on requiring companies to perform allegedly green completions. The EPA says pollution-reduction equipment could actually help natural gas companies capture more gas and save money in the long run. However, the American Petroleum Institute said that much of the industry was already doing that.

The decided rules were rushed as the Obama administration attempts to balance its support for an industry that could greatly benefit the country without slacking on the environmental and safety concerns associated with extracting natural gas. Since there's no stopping the shale boom in America, or the use of fracking, the rules will have to suffice as the best compromise for now.