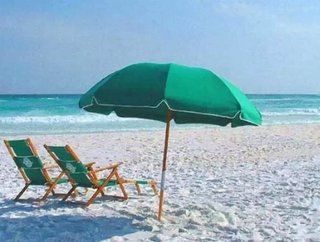 As BP pumps over $150 million into promotions to help the Gulf Coast recover tourism, the industry is starting to show signs of recovery two years aft...

As BP pumps over $150 million into promotions to help the Gulf Coast recover tourism, the industry is starting to show signs of recovery two years after the massive Deepwater Horizon oil spill.

Part of the $15 million BP sent to Louisiana in 2010 helped fund advertising efforts to ease public misperceptions that the city was still laden with oil. Since then, the company has also sent over $150 million to Florida, Louisiana, Alabama and Mississippi. Another $82 million was committed to seafood marketing and testing, and another $30 million or more is expected by the end of 2013.

"Tourism doesn't happen on its own, it takes marketing dollars, particularly if you're battling an image crisis like the oil spill," New Orleans convention and visitor bureau spokeswoman Kelly Schultz said in a statement.

Occupancy in hotels within 10 miles of the coast was 11 percent higher than in the first quarter of the year compared to the same quarter in 2010, according to data from international market analyst Smith Travel Research Inc.

Reuters reports, however, that it is unclear just how effective BP's investment efforts have been. Hotel occupancy and room rates nationwide rose by similar rates, and hotel occupancy rose 15 percent along the Texas coast, where the spill had no direct impact and BP provided no marketing money.

Louisiana's tourism is recovering quite well. Hotel occupancy rose by 3 percent and average room rates increased 13 percent in the first quarter of this year. In Florida's Walton County, the boom in tourism has pushed hotel room tax revenue up by nearly 60 percent since 2010.

However, other parts of the state have taken a hit in tourism after the spill, regardless of whether or not the beaches were actually affected from the spill. In those areas, agencies are being forced to spend more on advertising to save businesses.

Regardless, BP continues its own heartwarming “Voices from the Gulf” campaign to promote more tourism along the Gulf Coast and to somewhat exonerate its image of destruction in the area.