Gulf of Mexico Reopens for Business 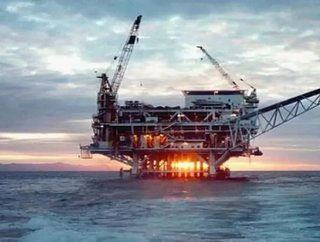 This morning, the federal government auctioned off thousands of tracts of land underwater in the Gulf of Mexico for oil drilling for the first time si...

This morning, the federal government auctioned off thousands of tracts of land underwater in the Gulf of Mexico for oil drilling for the first time since the BP oil spill. An enormous amount of pent up demand in the region has many estimating that hundreds of millions of dollars will be raised for the federal government by the end of the day.

Environmental groups, of course, are extremely unhappy and can be seen protesting around the Louisiana Superdome, where the Bureau of Ocean Energy Management will be holding the bids from some 20 companies for the 161 tracts off the Texas coast. However, the protesters' efforts will be overshadowed by the overwhelming celebratory mood of hundreds of oil and gas executives, excited to get back to work in the area.

BP Points the Finger at Halliburton

"The Gulf is back in business," said U.S. Secretary of the Interior Ken Salazar in an interview with CNBC.

A smart move on President Obama's part, the sale will rebut GOP criticism of his lack of a domestic oil and gas production agenda in the upcoming election year.

"All companies are going to have an opportunity to come and to bid on the Gulf of Mexico oil and gas development," Salazar said. "For us, the oil and gas is part of President Obama's energy portfolio. We believe strongly in renewable energy, but we also recognize that oil and gas will help power our economy forward."

While environmentalists fear a repeat of history, moving back into the Gulf without the proper safety procedures and technologies in place, the White House sees the sale as a major milestone in the area's recovery process.

"This is the latest step by the Administration to meet a series of directives announced by President Obama in May 2011, which included additional lease sales, certain offshore lease extensions, and steps to streamline permitting, all towards the President's goal of expanding safe and responsible domestic oil and gas production," the White House said in a statement.