How Will New Fuel Economy Regulations Affect Your State? 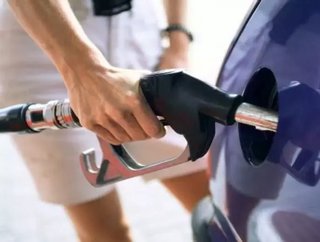 Washington, D.C.//August 28, 2012//With the Obama Administration's announcement today of historic fuel-efficiency standards for vehicles (54.5 miles per gallon, on average, by 2025), the BlueGreen Alliance and the Natural Resources Defense Council have assembled a detailed accounting of the huge benefits that are projected to accrue by the year 2030.

The data include a state-by-state breakdown of the 570,000 jobs that could be created in the United States by 2030 - as well as other benefits from the standard. In addition to the jobs created, the country will save nearly 23 billion of gasoline in 2030 alone, resulting in $54 billion in net savings to consumers and the reduction of 270 million metric tons of carbon dioxide pollution, which helps cause global warming.

The 54.5 mpg standards promise to bolster the strong automobile recovery we are seeing today. For additional information about how fuel efficiency is driving job growth, see www.DrivingGrowth.org.

The chart and graphics with state-by-state numbers can be found below. Reporters are invited to take advantage of this resource and graphic as they prepare stories about these landmark standards.

State fuel and pollution savings are from analysis by NRDC. These figures update and augment similar tables provided in NRDC's "Relieving Pain at the Pump" publication from April 2012. Main adjustments include updates to fuel prices and vehicle miles traveled per the latest forecasts in the Energy Information Administration's Annual Energy Outlook 2012.