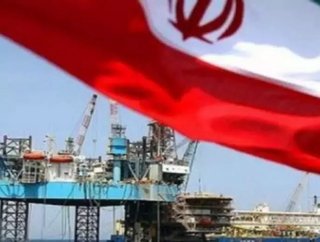 In a move to find away around sanctions intended to put pressure on its nuclear program, Iran reached agreements with European refiners to sell some o...

In a move to find away around sanctions intended to put pressure on its nuclear program, Iran reached agreements with European refiners to sell some of its oil through a private consortium Saturday.

The deal would circumvent the European ban on shipping insurance for tankers carrying Iranian oil, according to the head of the oil products exporters' union. Signed by the Central Bank of Iran, the Oil Ministry and the union, it will account for about 400,000 to 500,000 barrels of oil per day, according to Tehran Times.

Put into effect on July 1, the ban would cut Iran's oil exports by more than half from last year's levels, which would cost billions of dollars a month in revenue.

"There have been discussions with European refiners, and a final agreement has even been reached," said Hassan Khosrojerdi, the exporters' union head, according to Iran's Mehr News Agency. "In accordance with the agreement, it is planned that 20 percent of Iran's oil exports will go through this private consortium... It is likely that because of international restrictions, we will give minor privileges or discounts to some of the buyers of our oil."

After the EU embargo, Iran's oil sales to its top customers including Europe, Asia and Japan have been severely disrupted.