Oilsands Possible Cause of Deformed Fish 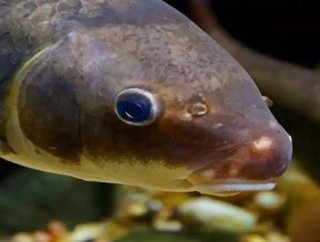 More deformed fish are showing up downstream from the oilsands of northern Alberta. Natives have sent some of the caught fish from Lake Athabasca awa...

More deformed fish are showing up downstream from the oilsands of northern Alberta. Natives have sent some of the caught fish from Lake Athabasca away for testing, calling for more protection of the region's water.

However, Chief Allan Adam is worried that the changes to the Federal Fisheries Act will favor industrial development over protection of fish. He caught a pike fish Wednesday in the area, with red lesions running down its back and belly. A sucker fish was also found floating near the surface, missing the majority of its scales.

In 2010, deformed fish caught in the lake drew a lot of attention, including Director James Cameron, rallying critics of oilsands around the world and calling for further study of water quality. Since then, Alberta has increased its pollution monitoring in the oilsands region to appease the public.

It hasn't been determined yet if the oilsands are the cause of the abnormalities in fish. A Canadian Co-operative Wildlife Health Centre in Calgary will be conducting the analysis.

Under the current rulings, if companies disrupt marine life due to nearby mining or drilling, a new habitat must be provided for the fish.