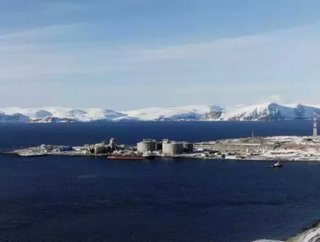 Statoil ASA&#39;s plan to bridge a pipeline between northern Norway to the Barents Sea could pave the way for a permanent hub in the Arctic, accordin...

Statoil ASA's plan to bridge a pipeline between northern Norway to the Barents Sea could pave the way for a permanent hub in the Arctic, according to the country's Minister of Petroleum and Energy Ola Borten Moe.

"I am a huge optimist to what we may see in the Barents Sea," Mr. Moe told Dow Jones Newswires. "It seems Statoil and others are getting the hang of this, and that could mean huge, huge activity for generations. That is entirely good news."

Moe and the company are extremely optimistic about the potential for more discoveries in the Barents Sea, which has not yet been fully explored. The new terminal at Veidnes will service oil from Skrugard and Havis, with estimated reserves of about 400 million to 600 million barrels of oil. More pipelines to the new terminal may ensue if more oil is found.

The company already has a presence in two other Barents Sea developments, including the Melkoya liquefied natural gas plant in Hammerfest and Eni SpA's Goliat oil field.

A plan for exploration in Skrugard and Havis will be delivered by 2014, starting production in 2018. As it continues to move its resources north, Statoil is well on its way to breaking into the Arctic.

"This is a new petroleum province for Norway. That's good for Norway and very good for the northern part of Norway," Moe told reporters. "We're having a little party here."