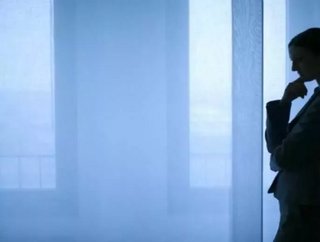 Standard and Poors (S&amp;P) 100 companies have made some progress on corporate diversity since 2010, but these large-capitalization companies are sti...

Standard and Poor’s (S&P) 100 companies have made some progress on corporate diversity since 2010, but these large-capitalization companies are still failing to put substantial numbers of women and minorities into board rooms and executive suites, according to a new analysis from Calvert Investments.

Key findings in the Calvert report include:

* Even though women are often now hired as frequently as men at S&P100 companies, their representation in management roles decreases with each step up the corporate ladder. Well over half (56 percent) of S&P 100 companies have no women or minorities in their highest-paid senior executive positions.

* While women make up 19 percent of S&P 100 board of director positions, they represent only 8 percent of the highest-paid executives.

Barbara J. Krumsiek, chair, president and CEO of Calvert Investments, Inc., said:  “S&P 100 companies deserve modest credit for taking positive steps in the last two years on diversity, but it is important to recognize that much hard work remains to be done.  Absent a real push to put more women on boards and into executive suites, the progress on diversity will end up falling far short of what needs to be done to achieve meaningful and lasting changes in corporate America.  The bottom line here is very simple:   Not only is this the right thing to do in terms of women and minorities, but it can also mean better returns for investors.”

Christine De Groot, report author and associate sustainability analyst, at Calvert Investment Management, Inc., said:    “While hiring women and minorities and strengthening diversity policies are important steps, the truth is that investors need to take a much more comprehensive look at company structure to determine whether diversity is embedded on all levels.  That is why the Calvert report focuses in part on whether or not companies publicly disclose employee demographic data, as it enables investors to evaluate the effectiveness of companies’ corporate diversity efforts.”

Malli Gero, co-founder and executive director, 2020 Women on Boards said: "We applaud Calvert Investments for their latest study, and are pleased to see the growing list of companies that have implemented diversity initiatives. These initiatives are a step toward making diversity a part of corporate culture, but companies need to practice what they preach. Women now hold 19.7% of the board seats in the S&P100; but only represent 8% of the highest paid executives. We believe that board diversity mirrors a company's commitment to diversity on all levels. We encourage the companies with one or no women directors to step it up.”

Other key report findings include the following:

* In the S&P 100, 39 companies do not disclose any employee demographic data publicly, leaving consumers and investors unable to determine the effectiveness of corporate diversity initiatives. Over half (54) of S&P 100 companies disclose some level of EEO-1 data, such as the percentage of women employees or number of new minority hires.

* In 2012, S&P 100 companies were found to be making progress in implementing diversity best practices and gaining ground in almost all of the areas examined. Six out of nine S&P 100 Index sectors improved their average diversity ratings since 2010, with industry average scores increasing by 2.1 percent.

* In 2012, Calvert found a large increase in the number of companies recruiting minority and women employees. The number of S&P 100 companies engaging in outreach efforts rose by 21 percent from 74 to 90.

* Ninety-six companies in the S&P 100 now implement policies prohibiting discrimination based on sexual orientation, and 33 have voiced public support of the Employment Non-Discrimination Act (ENDA) that would offer universal protection against this type of discrimination. In addition, these employers are increasingly recognizing nontraditional lifestyles, as domestic partner benefits are now offered by 80 companies, more than any other family-friendly benefit.