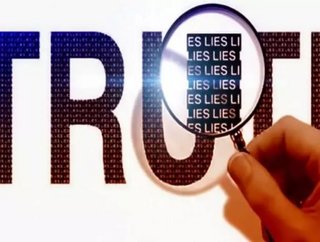 In recent weeks, the International Energy Agency (IEA) decided to release 60 million barrels of member states’ oil reserves into the world market in what it called an effort to ease high oil prices.  30 million barrels came from the U.S. strategic oil reserves.  Two weeks later, very little has changed in the price of oil; but looking back a few months prior reveals the likely ulterior motive to releasing the reserves.

Prices for oil still hover around $100 dollars per barrel, and the attempt by the IEA and the Obama administration to somehow fix international oil prices with a measly 60 million barrels of oil is something we would expect the best and the brightest in the world (our leaders) to realize wouldn’t work.

In fact, it appears that China—not even an IEA member state—may have benefited the most from the flooding of reserves into the market. "China now accounts for 20.3 percent of global demand compared to only 19 percent for the United States. So although the American consumer paid the bill for the entire release of oil, 81 percent of our largess benefited foreign countries,” says David Marotta, president of Marotta Wealth Management.

So why would the people responsible for managing the world’s vital energy reserves have been so blind to the fact that releasing 60 million barrels of oil would do nothing to fix price?  Perhaps they were well aware, and, just like big oil does when prices are high, planned to maximize profit off of the sale of the strategic reserves.

The strategic reserves can be viewed as an investment of sorts.  The oil reserves have been filled over time while prices were relatively low.  It was only about 15 years ago that prices at the pump were barely even $1.00.  Now, we face $4.00 a gallon, and prices akin to that or higher are probably to be the norm from here on out.  Essentially we’re looking at an investment—made by taxpayers—that has dramatically increased in value.  So selling off the reserves at a time of high cost per barrel should yield a high return on investment for the taxpayer.

In early May 2011, a group of U.S. Senate Democrats proposed selling the reserves, not necessarily to ease prices at the pump, but rather, to use the high profits to invest in advancing electric vehicles.  Just a month-and-a-half later, the reserves are tapped.

So why try and convince the world that releasing reserves would in some magical way drive down price?  Didn’t the IEA and U.S. government know that world consumption surpasses 60 million barrels in just a single day (roughly 84 million)?  There is no way that the top analysts in the world advising these government leaders didn’t know that releasing reserves wouldn’t do anything… except generate a huge profit.

In April 2011, Daniel Weiss, a senior fellow and director of climate strategy at the Center for American Progress, even recommended that 30 million barrels (coincidence?) of oil from the strategic reserves be sold. "It would generate over $3 billion," he said. "We could invest that money in making transit much more accessible and affordable for people."

Again… why the front?  Why convince the media that the reserves are going to bring down prices when there is clear evidence for an ulterior motive?  Oil companies made a huge fuss over the IEA’s decision to release the reserves, when it actually barely affected their profits at all.  Did they too know that the money was going to investments in the very technology that could someday put them out of business (i.e., electric cars)?  Let’s just hope that the government actually puts that money into appropriate investments.  Better yet, why not use that $3 billion in profit that they’re keeping so hush-hush about to subsidize actual prices at the pump.  If the U.S. consumes roughly 21 million barrels per day at an average cost of $100 per barrel, then $3 billion could provide every driver in America with two weeks of free gasoline (not figuring in oil for plastics, rubber and other uses).  I’m no mathematician… just a guy who doesn’t like being lied to and can’t afford gasoline.